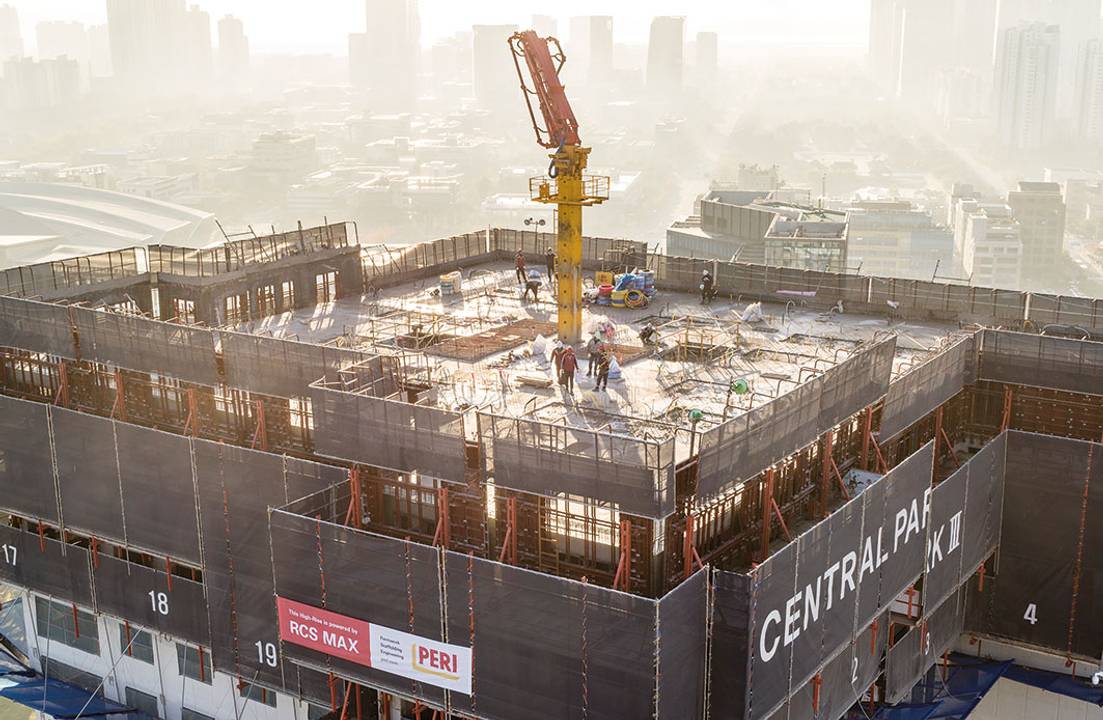 The RCS Max rail climbing system from Peri was used on the project to meet the demand for efficient construction and low personnel costs. 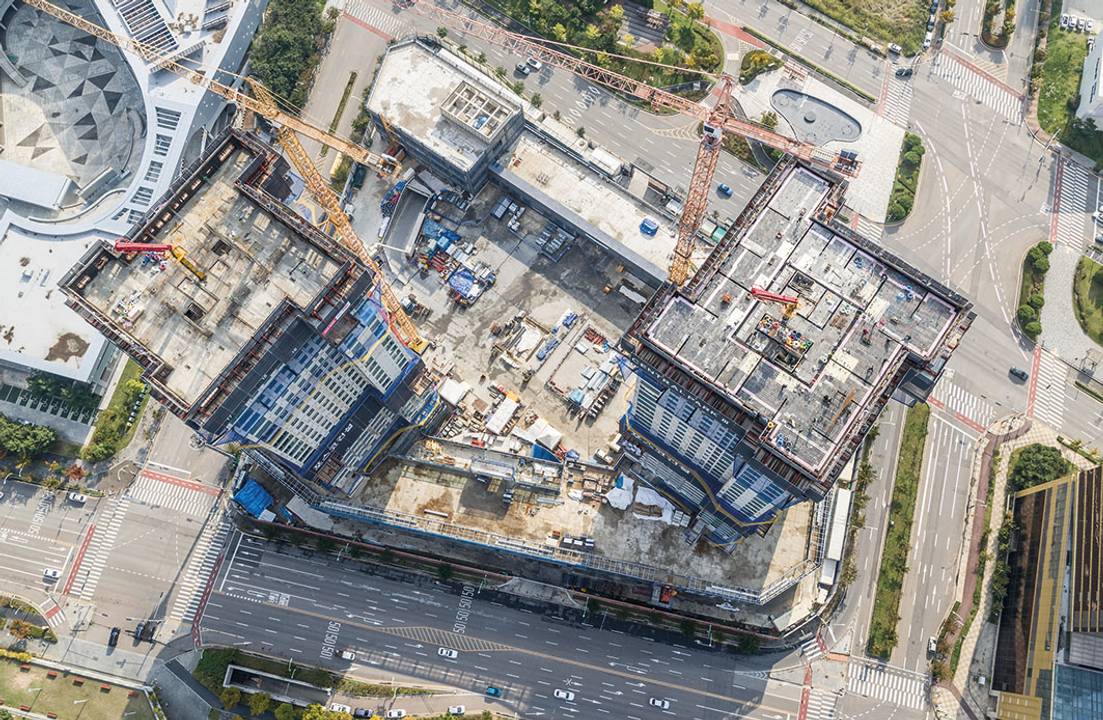 The RCS Max scored with high safety and productivity. The load transfer to the lower climbing section shortened climbing cycles and reduced downtime. 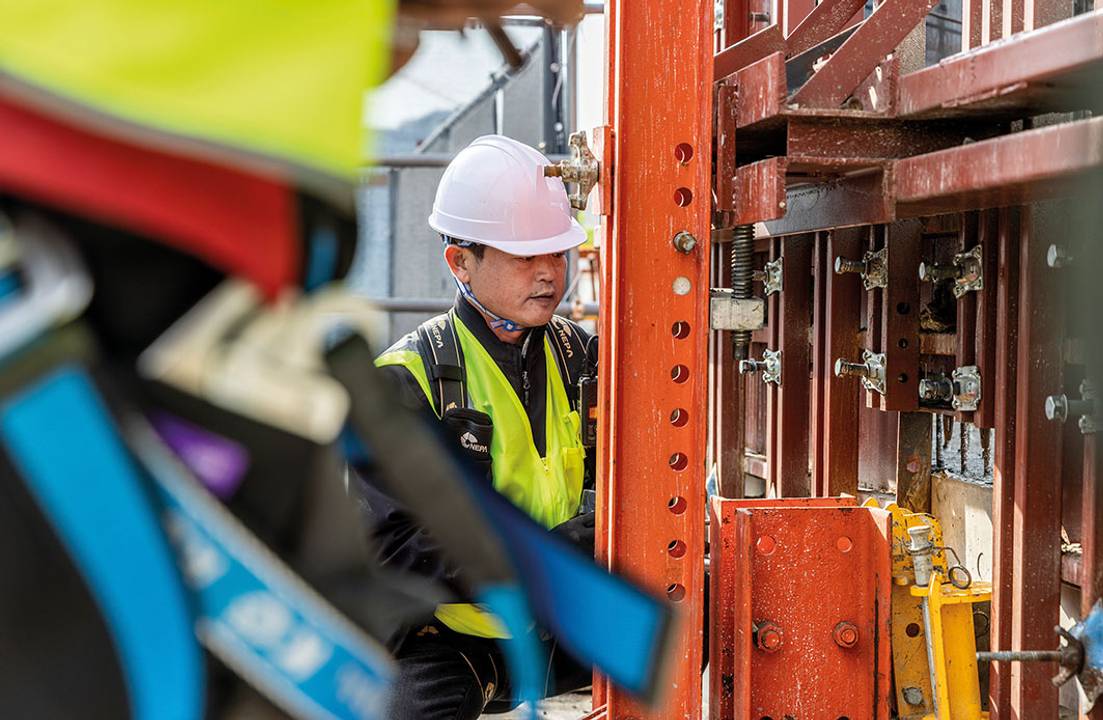 The lightweight system components required far less space at the construction site on account of their compact dimensions. 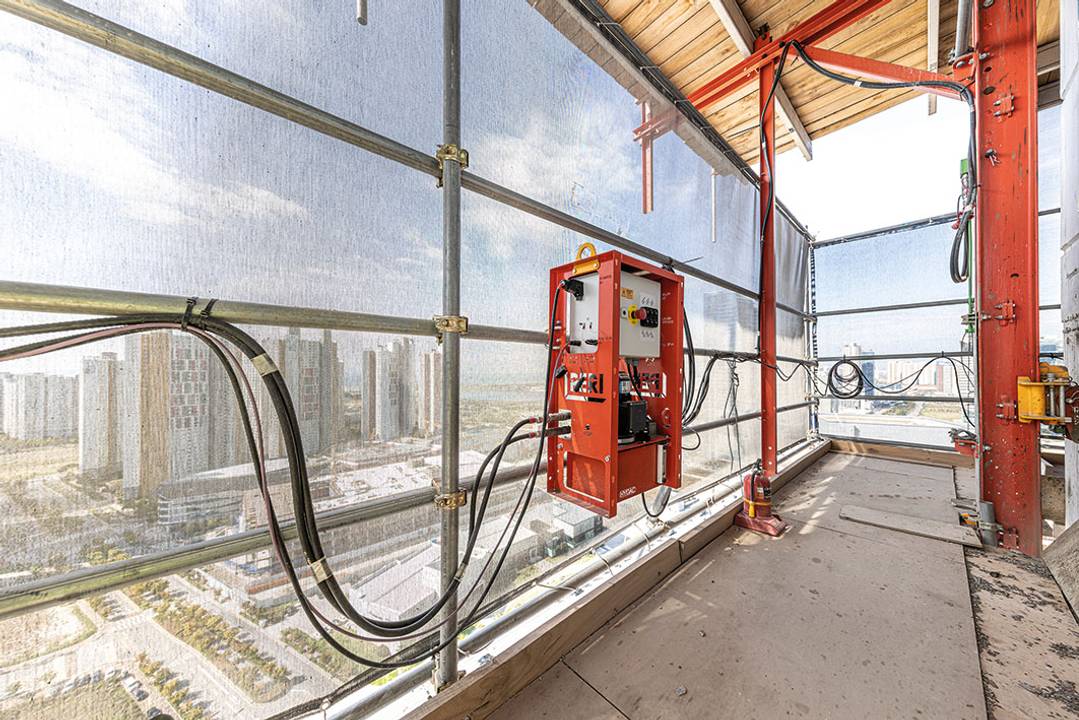 With the help of the RCS Max hydraulic unit, malfunctions could be easily detected via light signals on the hydraulic unit as well as the indication on the display.
The two 143-m-high residential towers each comprise 40 stories, providing space for a total of 351 residential units.
South KoreaformworkresidentialPeri
Views: 570

The development is being built under strict safety requirements and within a tight construction schedule. It is estimated for completion in early 2023. The contractor on the project is Posco E&C Co Ltd.

The RCS Max rail climbing system from Peri was deployed on site – the first time it was used in the country – to meet the demand for efficient construction and low personnel costs.

A total of 84 consoles as well as hydraulic units were supplied during the construction of the residential towers. The RCS Max offers an innovative climbing process, smart safety features and easy assembly of the climbing consoles.

Due to the strict guidelines by the South Korean government, safety was the top priority for all participants and processes. According to Peri, the RCS Max system was convincing the customer with decentralised hydraulic units that enabled all platforms to climb upwards synchronously. Thus potential sources of danger, like falling edges or falling parts, could be avoided.

Other functions such as an automatic stop in case of overload or collision, a dead man’s control with several remote controls, and an emergency stop switch on each platform, rounded off the multi-layered safety concept of the rail-guided climbing system.

Another highlight of the system was its efficient climbing process. The load transfer via the lower climbing section meant that the platforms were ready to be used again more quickly for the next section, which shortened the climbing cycle and ultimately the construction time of the project.

Peri pointed out that the climbing process incorporated only a few steps, allowing site personnel to learn with minimal training effort. The intuitive plug-and-play configuration made the system very easy to set up and did not require any specialised personnel, keeping labour costs low right from the start.

The integrated hydraulics of the RCS Max system also reduced crane use to a minimum. Via the RCS C Max climbing rails, which were particularly flexible in their inclination, the consoles were connected to the building at all times via climbing shoes. These, in turn, could be easily installed at chest height of the operator and without any ladder at all, leading to higher safety for the site personnel.

Furthermore, the new RCS Max components are fully compatible with the RCS rail climbing system. This allowed the RCS Max to be combined with the RCS P climbing protection panel in South Korea. As the cylinder was firmly connected to the system at all times and climbed upwards with it, no awkward conversions were necessary. As a result, synchronous climbing of all platforms was possible, even with the enclosure solution. The work could be carried out safely even at great heights and with high wind loads.

The new RCS Max hydraulic unit came up with new features as well. Any malfunctions were immediately indicated by a light signal on the power unit, so they could be quickly recognised and directly remedied. A display attached to the unit by cable also enabled the construction site team to fully monitor the entire climbing process. This reduced any downtimes and increased productivity on the construction site.

Throughout the entire project, Peri provided support and advice to the site team. Intensive advance planning and on-site supervision of the climbing process ensured that the construction work progressed rapidly. In this way, the project requirements were met and the tight construction schedule adhered to.