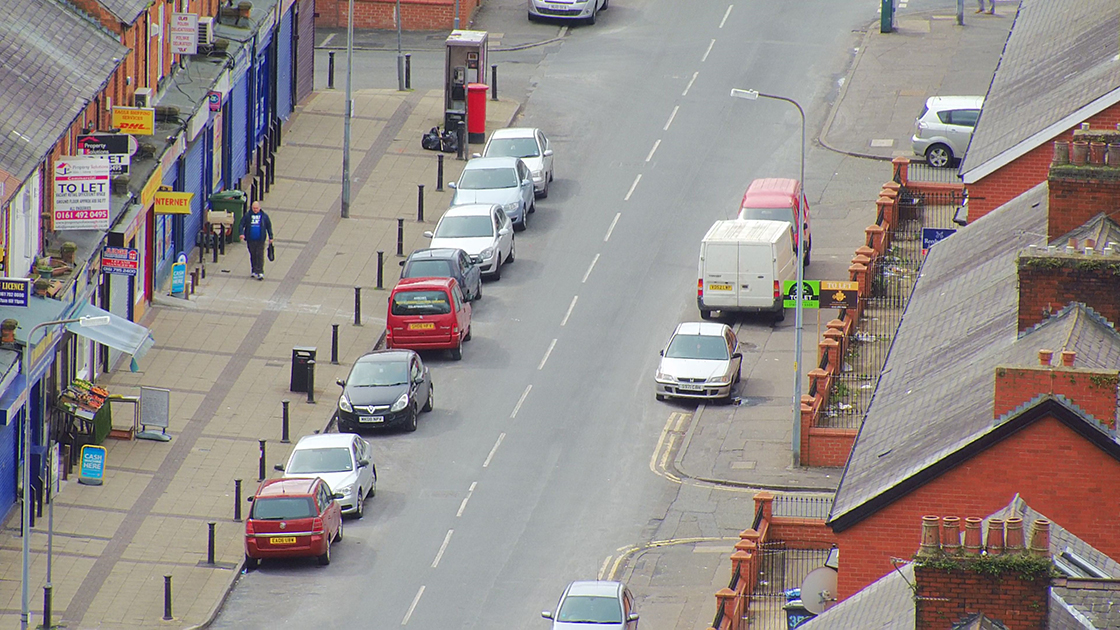 Salford City Council has experienced a wealth of recent success using Hikvision's IP cameras - to the extent that it has been standardising on Hikvision cameras across its public space surveillance network of 109 cameras. So when the chance arose to upgrade to a brand new 4K Smart PTZ camera, the Council jumped at it. The results, including increased viewing distances and image quality without a major impact on bandwidth, have been remarkable - and could revolutionise the way Salford uses CCTV cameras in future.

Salford City Council in Greater Manchester has truly embraced Hikvision technology to provide its video surveillance. Hikvision Darkfighter cameras are providing crystal clear night-time images, and the Council is upgrading to Hikvision cameras wherever there is a failure with a legacy camera.

Recently the opportunity arose for Salford Council to use one of the first 4K Smart IR PTZ cameras available in the UK. The Council had no hesitation in saying "yes please!"

Councillor David Lancaster, Lead Member for Environment and Community Safety, explains that the new camera is leading the way both in terms of performance and helping the Council manage budget reductions.

"Over the last five years Salford City Council has seen its government funding reduce by 40%. We're having to manage that as well as helping combat crime, and the CCTV cameras are invaluable - as well as helping to detect missing people who might be vulnerable," he says.

"With this technology we can reduce the number of cameras we use, requiring less capital but still getting the same results. In one instance, for example, we were able to decommission a camera which had developed a fault; instead of repairing or replacing it, we upgraded the other camera covering that street to a Hikvision IP model. That camera, courtesy of its Darkfighter technology and 23x zoom, can now see the full length of that road. We never would have been able to do that with the old technology.

"We have a number of strategic vantage points, provided courtesy of high rise housing blocks. These blocks are located in most of our wards, and being 13 storeys or so high they give us a very good view of the surrounding area."

Motorbike dangers
One of these rooftops is located in East Salford, where local residents have complained about the use of off-road motorbikes travelling at excessive speed, with very little regard for pedestrian or vehicle safety. Previous cameras used on that high-rise rooftop struggled to obtain clear facial images of the riders.

Councillor Lancaster says: "When Hikvision announced that they had released a 4K PTZ camera, we immediately thought it was an ideal opportunity for us to try it in this location. Our CCTV operators were blown away by it.

"With this camera's 8 megapixel image they can now clearly see the full length of that road, which they have never been able to do before. The field of view on this camera is in excess of half a mile. Not only can operators get that increased distance, they can now achieve facial detection of people riding motorbikes at speed, as well as reading vehicle registration numbers."

The camera has been an immediate success, capturing clear facial images of a recent off-road motorbike offender - images which have been provided to Greater Manchester Police, who are now taking action against the offender.

"With the previous camera we had installed there, the image went to black and white around 11pm at night," he says. "With this new camera, the images stay full colour at all hours of the day and night. And that is despite the camera being 13 storeys up. We can't quite get our heads round how this camera can still record full colour images in very low light conditions.

"The result is that we're getting clear images day and night and are able to give the police even better information to help them locate offenders and missing persons. The image quality is now phenomenal."

The new camera's increased field of view is also allowing the Council's CCTV operatives to pan around and cover roads that they have never been able to view before. This additional coverage is being replicated with other Hikvision cameras around the city, providing a welcome relief on budget pressures.

Bandwidth benefits
While the new 4K camera packs a lot of pixels into its images, it has a surprisingly gentle impact on Salford's network bandwidth, Councillor Lancaster says.

"Our network is primarily wireless. So we're usually very apprehensive - we were when we went from 1.3MP Hikvision cameras to 2MP, and now we're going from 2MP to 8MP. But our findings are that they're nowhere near as bandwidth intensive as we would have envisaged," he says.

"When you look at the previous digital IP cameras we used from other manufacturers, we were finding that they were drawing something like 12mb on a 1.3MP camera. Whereas with Hikvision's 4K 8MP camera, we can stream it at 8mb, and still get the full 4K image. It's phenomenal. It really is."

Looking ahead
Salford City Council's intention is to continue standardising on Hikvision cameras, replacing those that fail as needed.

Councillor Lancaster says: "When the opportunity allows we're looking forward to going from the 2MP cameras which we were standardising on before, to these 4K 8MP cameras.

"The technology has come on in leaps and bounds. And that's what always amazes us with Hikvision. They're a very progressive company. Their products change not just for the sake of it. They don't just rebadge something. The workings of that camera are fundamentally redesigned and significantly improved with every product release."