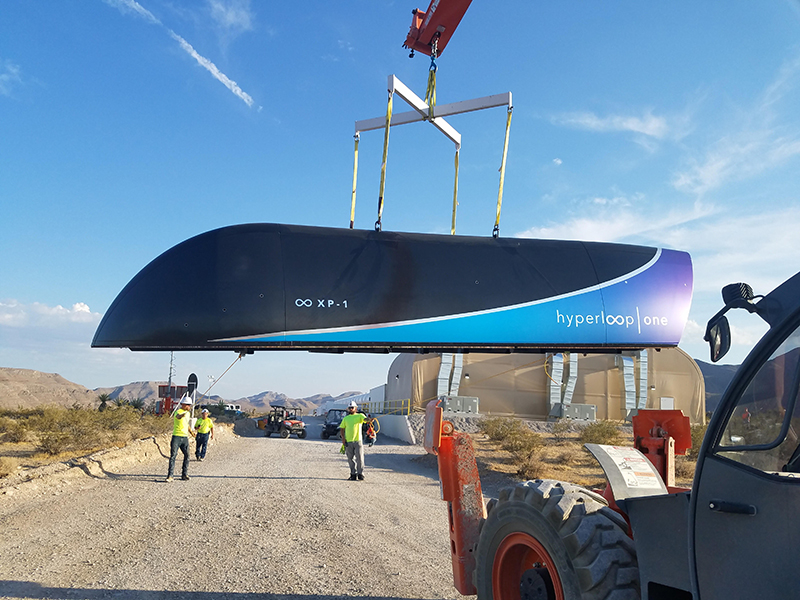 The test was carried out in the Nevada Desert, USA. (All photos: Hyperloop One)
Views: 32

Hyperloop One has successfully completed its first full systems Hyperloop test in a vacuum environment. This test was Phase 1 of a multi-Phase programme and was privately conducted in May 2017 at the company's test track, ‘DevLoop,’ in the Nevada Desert, USA. The vehicle coasted above the first portion of the track for 5.3 seconds using magnetic levitation and reached nearly 2Gs of acceleration, while achieving the Phase 1 target speed of 70 mph. The company said it is now entering the next campaign of testing, which will target speeds of 250 mph.

Hyperloop One is reinventing transportation by developing the world’s first Hyperloop - an integrated structure to move passengers and cargo between two points immediately, safely, efficiently and sustainably. Headquartered in Los Angeles, USA, the company has gathered the world's leading experts in engineering, technology and transport project delivery, working in tandem with global partners and investors to make Hyperloop a reality.

“Hyperloop One has accomplished what no one has done before by successfully testing the first full scale Hyperloop system. By achieving full vacuum, we essentially invented our own sky in a tube, as if you're flying at 200,000 ft in the air,” said Shervin Pishevar, co-founder and executive chairman of Hyperloop One. “For the first time in over 100 years, a new mode of transportation has been introduced. Hyperloop is real, and it’s here now.”

In this historic moment, Hyperloop One tested all the system’s components, including its highly efficient motor, vehicle suspension, magnetic levitation, electromagnetic braking, vacuum pumping system and more, proving the full system’s components operate successfully as a single integrated unit in a vacuum. The company said that nearly 200 engineers, fabricators, welders, etc. were involved to make this test successful.

In addition, Hyperloop One has unveiled the prototype of its Pod that will work within the integrated system. Using electromagnetic propulsion and magnetic levitation, the Pod will transport passengers and cargo inside the tube. 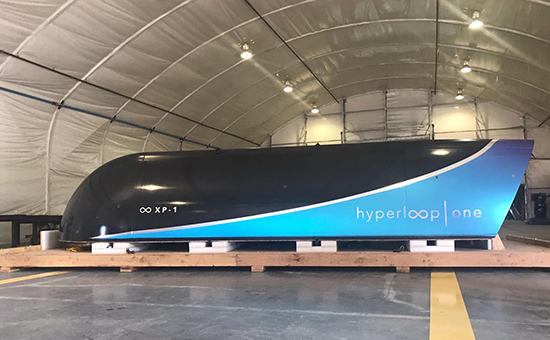 Hyperloop One’s Pod is the only vehicle in the world that, with the company's proprietary linear electric motor, achieves autonomous high-speed propulsion and levitation in a controlled low-pressure environment. Made of structural aluminium and a lightweight carbon fibre, the shell measures 28 ft long.

According to Hyperloop One, it will continue to run tests at DevLoop in the coming months to validate its next-generation components and software. The next phase of testing will showcase the Pod gliding along a longer track at faster speeds.

“Our team is the only team that is actually making Hyperloop happen, and we’ve spent more time testing a Hyperloop system than anyone in the world,” said Josh Giegel, co-founder and president of engineering of Hyperloop One. “To make Hyperloop a reality, we built and tested the actual hardware, gathering valuable insight along the way. Now that we've tested our Hyperloop system, we know it works, and we’re ready to deploy it to the rest of the world.”

“Hyperloop One will move people and things faster than at any other time in the world,” continued Mr Pishevar. “With Hyperloop One, the world will be cleaner, safer and faster. It’s going to make the world a lot more efficient and will impact the ways our cities work, where we live and where we work. We’ll be able to move between cities as if cities themselves are metro stops.” 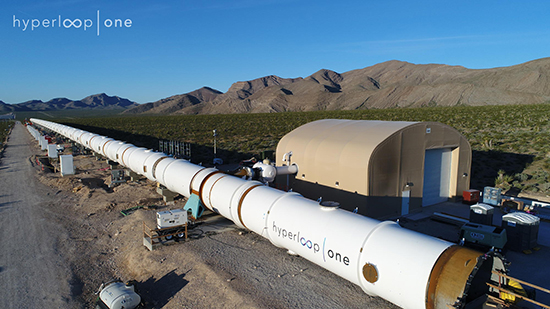