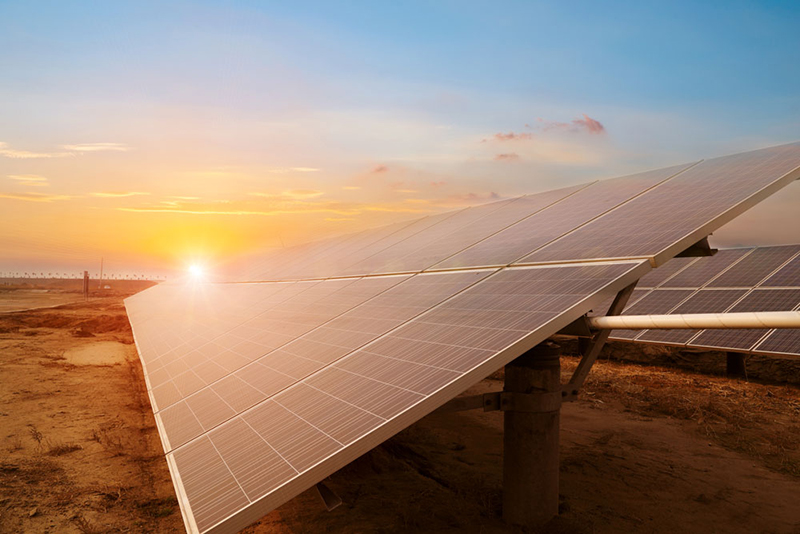 Australia has taken another significant step forward in improving its reliance on clean energy with the recent financial close of the first of two phases of the 300 MWac Bungala Solar Photovoltaic (PV) project near Port Augusta, South Australia.

The project, which is being sold to two of Europe’s biggest investors in renewables, the Italian Enel Green Energy and the Dutch Infrastructure Fund, has reportedly achieved several industry ‘firsts’. One of several large-scale solar projects proposed for South Australia, it is believed to be the first to begin construction. It is also said to be amongst the first large solar farms to participate in Australia’s frequency control and ancillary services (FCAS) market, using inverter technology to provide voltage control for the grid.

Once fully operational, the project is expected to generate sufficient energy for approximately 130,000 homes and assist the grid with ancillary services.

Aurecon has been engaged by the EPC contractor Green Light Contractors, subsidiary of Elecnor Australia, to provide design services for Phases One and Two of the solar farm, including preparation of management plans as well as assisting with commissioning of the project.

“The Bungala Solar Project will support Australia’s commitment to a greener economy and create a number of jobs in the Port Augusta region for years to come. The project is being fast-tracked and we will be able to see the tangible results within a short amount of time, with the first electricity to be supplied to the grid by the first quarter of next year, with 220 MWac being fully operational by the third quarter 2018,” said Loni Karabesinis, Aurecon’s technical director for energy. “Importantly, the Bungala Solar Project will be designed and built battery storage ready and will ensure the region is geared for future population growth.”

“Large scale solar PV is one of the most cost-effective forms of energy in the long term, particularly in regions that have historically relied on coal-fired energy sources. Not only are solar PV projects cost-competitive when compared to new build conventional power stations, but they will be future-proofing the communities that they supply, without having a negative impact on the environment,” said Mr Karabesinis.

In the past, renewable energy technology, skills and expertise often made large scale wind and solar projects cost prohibitive, so it was common practice for governments to have to support projects financially or enter into a Public Private Partnership (PPP) to bring solar projects to fruition, explained Aurecon. What makes the Bungala Solar PV project a notable achievement is that both Bungala Solar One and Bungala Solar Two are being delivered without financial support from government, said Aurecon. Instead, renewable operator Enel Green Power and fund management company Dutch Infrastructure Fund were key to the financial planning of the project.

“Bungala Solar One is the largest equity and debt financial arrangement in Australia for a solar PV project, which shows what can be achieved when experienced professionals are involved in all aspects of such an ambitious project,” said Mr Karabesinis.

The new policy direction outlined in the 2017-2018 Australian Federal Budget has also marked a distinct move away from the bipartisan market led approach to one of targeted direct intervention in the energy sector. Dr Alex Wonhas, Aurecon’s managing director for energy, resources & manufacturing, said the growth of solar will become increasingly less dependent on subsidies as new technologies to balance supply and demand – including batteries, improved transmission networks and demand side responses – have now reached a tipping point of being cost competitive with conventional power stations.

“If the Government aims to make these investments without spending unnecessary funds, it will become crucial to obtain ‘proven business cases’ for each investment that compares this particular investment with all key alternatives,” said Mr Wonhas.

With initiatives such as the Bungala Solar PV project successfully underway, the focus will now shift to effective storage and transport of renewable energy.