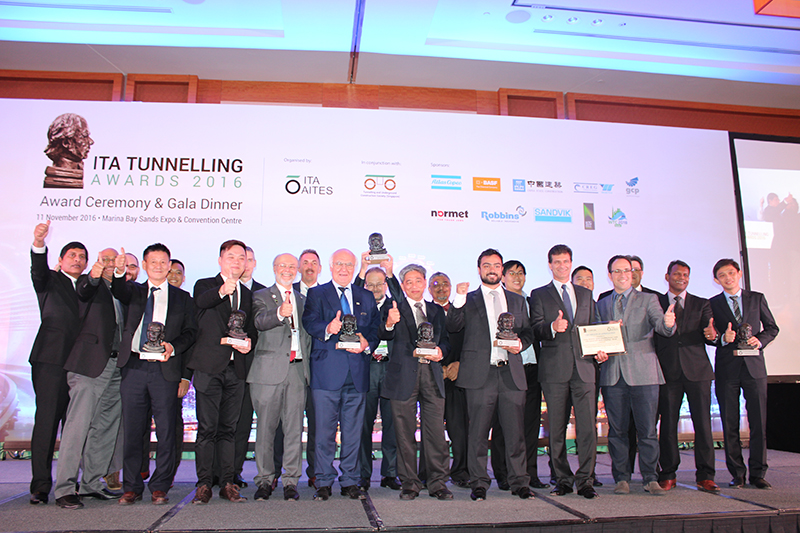 The last two editions of the ITA Tunnelling Awards were held in Switzerland and Singapore, respectively. The events received more than 200 entries and 64 nominations, rewarded 21 projects and personalities and gathered more than 450 attendees.

ITA is a non -profit and non-governmental international organisation, which aims at promoting the use of underground space as a solution to sustainable development. Founded in 1974 and based in Lausanne, Switzerland, ITA currently has 73 member nations, 300 affiliated members, 17 prime sponsors and 60 supporters.

Entries are to be submitted online: https://awards.ita-aites.org