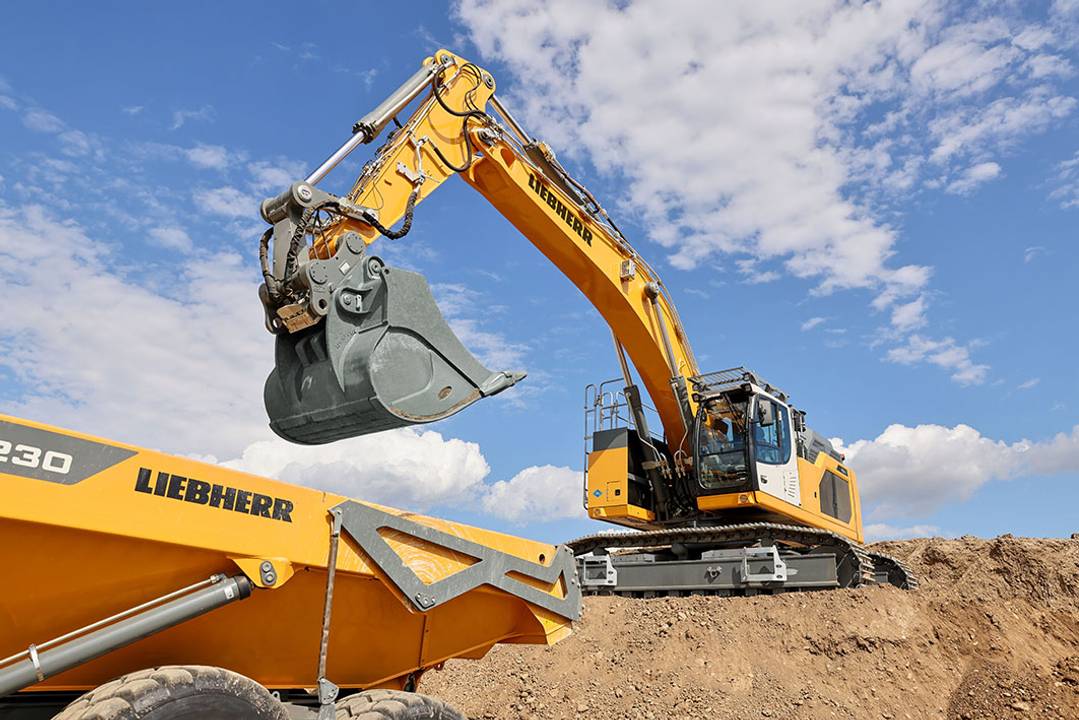 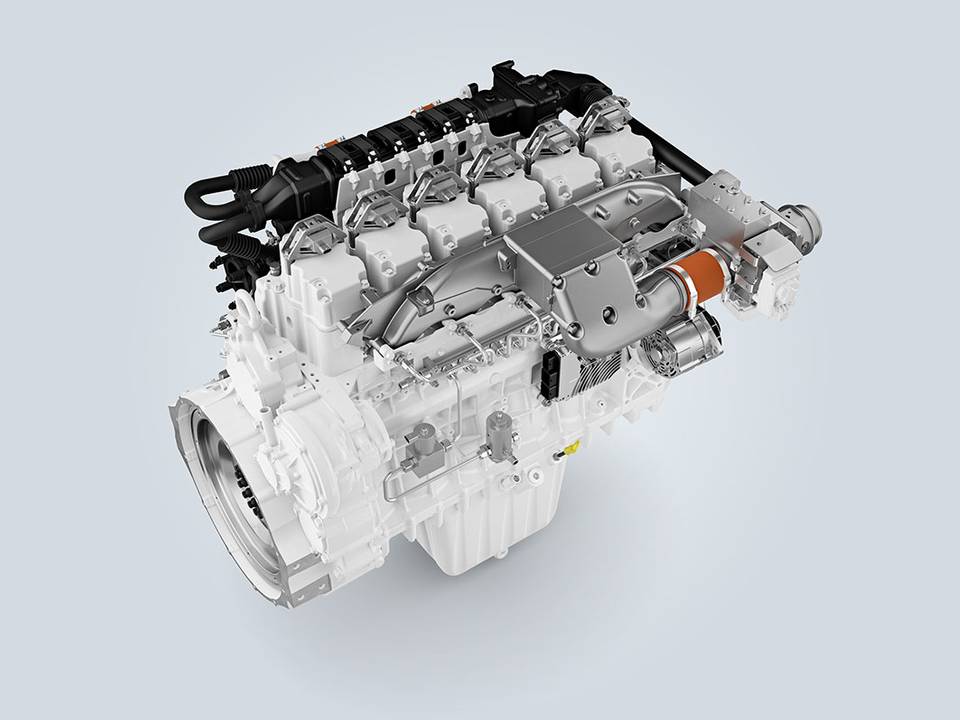 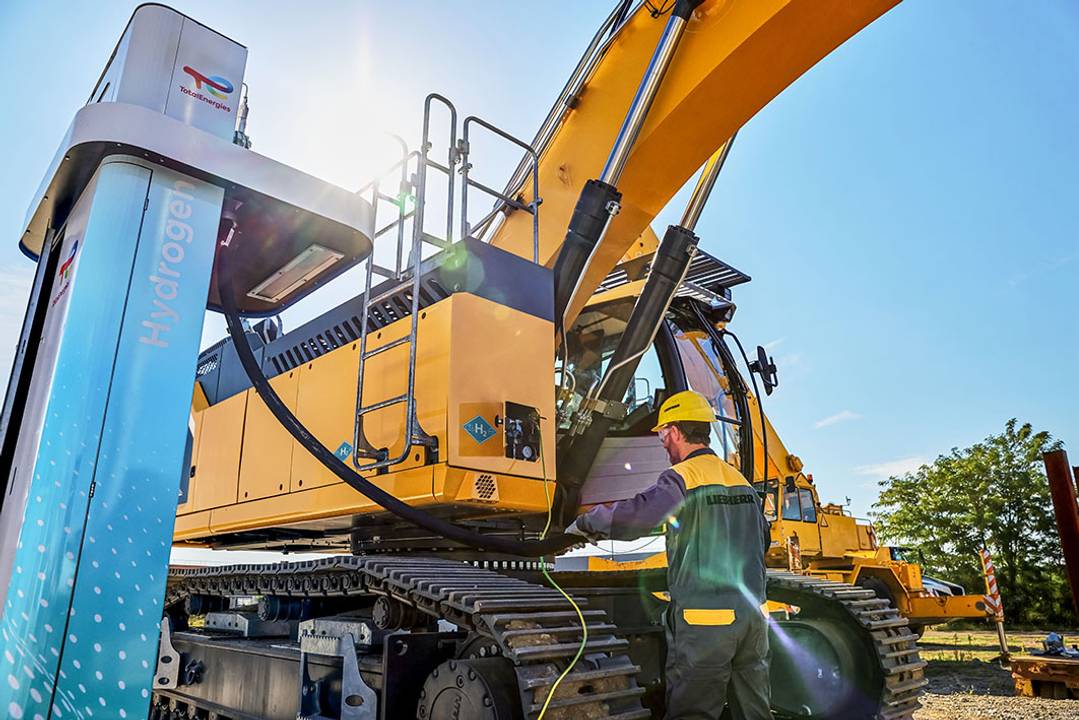 The R 9XX H2 guarantees a significant reduction in CO2 emissions on the construction site. 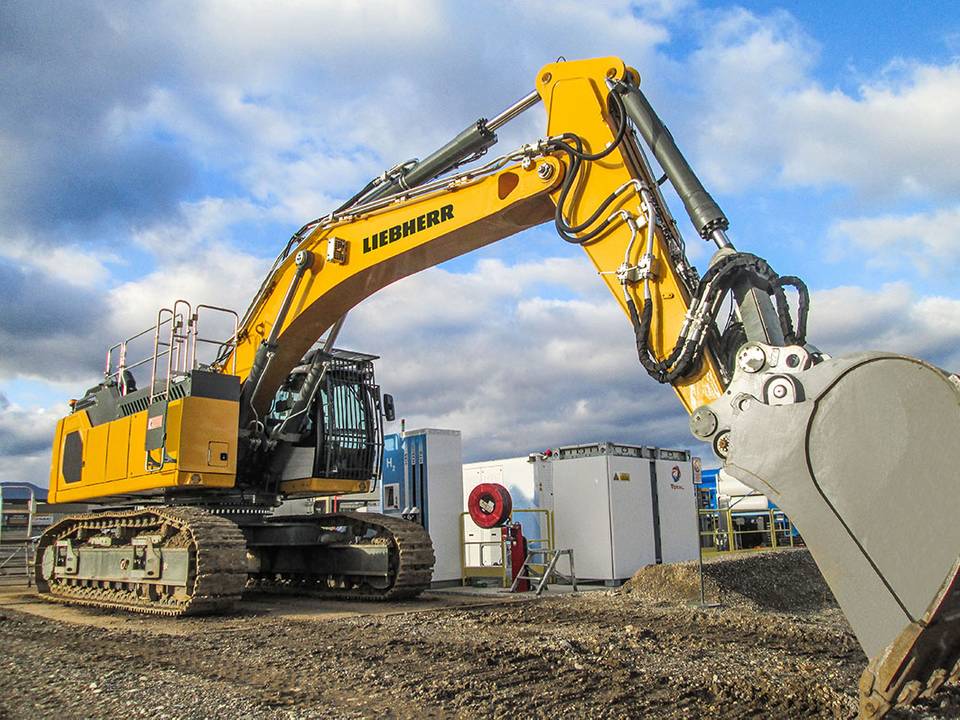 Liebherr has introduced its first hydraulic excavator powered by a hydrogen engine, the R 9XX H2. The prototype of this model, currently on display at bauma 2022, was developed by Liebherr-France SAS in Colmar, France. The installed H966 hydrogen combustion engine was produced by Liebherr Machines Bulle SA in Switzerland.

The H2 drive in the crawler excavator does not require a permanent energy supply and emits extremely low levels of NOx and CO2, explained Liebherr. Depending on the assessment method used in each case, and whether the entire life cycle of the machine is taken into account, the hydrogen combustion engine can reduce CO2 emissions by almost 100% when considering ‘tank to wheel’ or by 70% when considering the ‘cradle to grave’ principle.

The first Liebherr hydrogen engine, the H966, is the heart of the new R 9XX H2 excavator. This is an engine designed for both demonstration and field trials and is based on an intake manifold injection technology (also known as PFI). According to Liebherr, the results offer evidence of a great potential in hydrogen propulsion and argue in favour of using such drives for off-road applications as well.

Liebherr’s components division is also working on further hydrogen-based drive technologies, including H2 direct injection. The latter enables a higher power density than the established H2 intake manifold injection, making it ideal for heavy-duty applications in demanding working environments, such as the construction and mining industries.

The R 9XX H2 reaches the same overall performance as its diesel counterpart, both in terms of power output, engine dynamics and response, said Liebherr. The design of this new hydrogen excavator is based on the current and future generation 8 of crawler excavators.

Suitable for extreme temperatures, shock and dust-intensive site operations, the R 9XX H2, with its operating weight of 50 t, can become as robust a solution for earthmoving and quarrying applications in the future as the conventionally powered Liebherr crawler excavators in the same class already are. The only differences are in refuelling the machines: fast and safe refuelling is ensured via infrared communication between the excavator and the refuelling station, where users benefit from the standardised high-speed protocol.

Henrik Weitze, project manager at Liebherr-France SAS, said, “The tests carried out in Colmar were extremely convincing. This technology promises many advantages for us in the future, especially in the most challenging applications.”