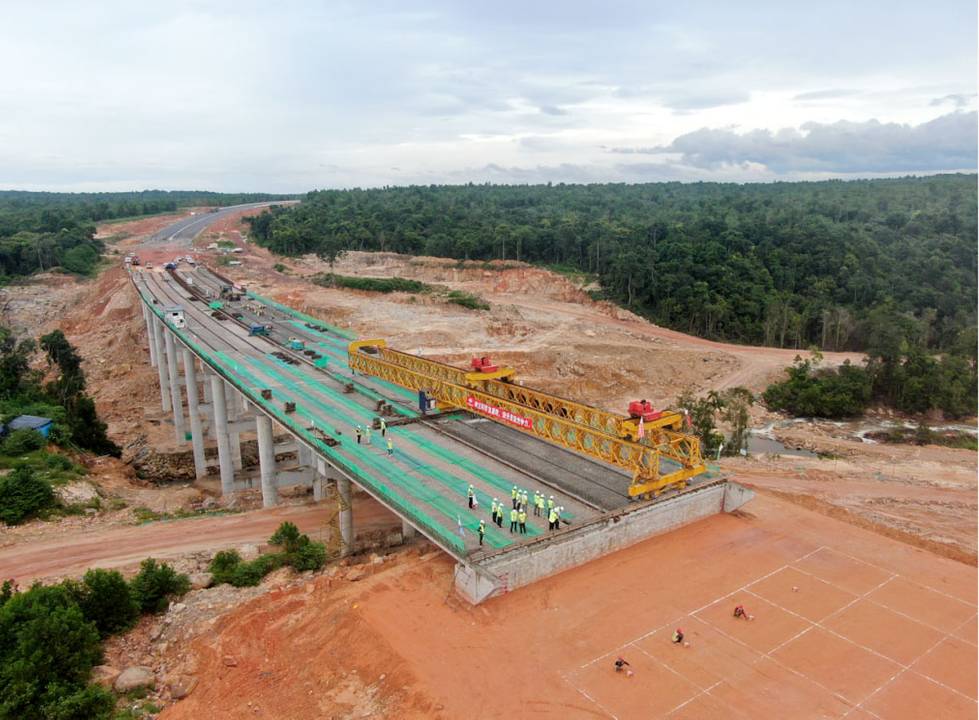 The CRBC team celebrates the completion of the K178+267.5 bridge.
road constructionCambodiaCRBCexpressway
Views: 299

Paving works have been completed on two sections of the new Phnom Penh-Sihanoukville expressway in Cambodia, announced China Road and Bridge Corporation (CRBC), the contractor on the project. These include the fifth section (27.05 km) and second section (35 km), which were completed on 24 and 28 March respectively.

In early December last year, CRBC also announced the completion of the largest bridge on the expressway. Called the ‘K178+267.5 bridge’, it has a total length of 225 m spanning the Kbal Chhay Waterfall River.

According to CRBC, the superstructure of this column-pier bridge uses pre-stressed concrete (post-tensioned) supported by a small box girder, while the substructure features ribbed slab abutment. The pile foundation for the abutment has a maximum diameter of 2 m.

The K178+267.5 bridge has “the longest span and the most difficulty in construction,” said CRBC. Due to some challenges, “such as large terrain fluctuation, poor geological conditions, long rainy season and short operation time, the project adopts a variety of construction techniques and pays attention to process quality and safety supervision to ensure the construction quality and progress.”

As of November 2021, work on the expressway was already 70.93% done with completion planned for mid-2023, reported the local media Khmer Times, citing the Ministry of Public Works and Transport.

This is the first expressway in Cambodia – which is also one of the projects under the Belt and Road Initiative – with a total length of almost 190 km. It aims to connect the capital Phnom Penh and Sihanoukville Port, a major port in the country. By shortening the journey between the two cities, it will help improve the local livelihoods and ultimately the economic development of Cambodia.