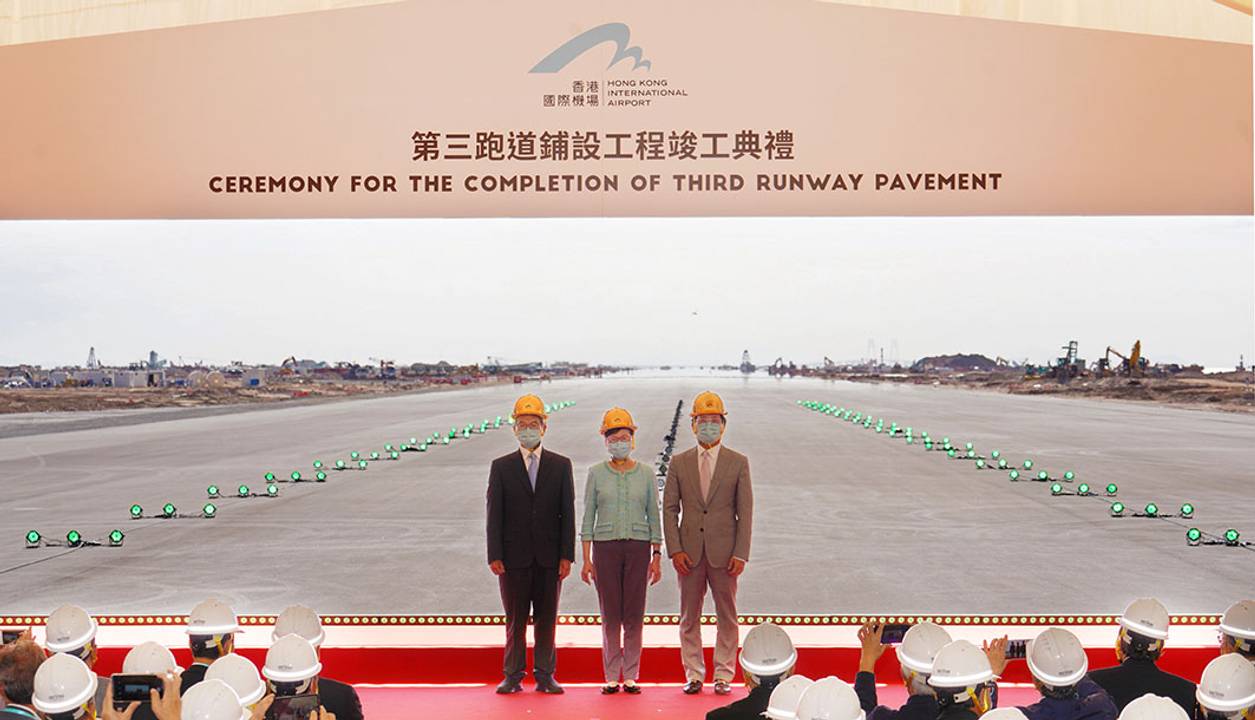 The ceremony to mark the completion of third runway pavement works at HKIA.
Briefing on the airfield ground lighting installation.
The three-runway system reclamation works have been substantially completed.
airportHong Kongroad constructionrunway
Views: 170

A ceremony was held yesterday (7 Sept) to mark the completion of runway pavement works for the new third runway at Hong Kong International Airport (HKIA), marking a major milestone for the city’s three-runway system (3RS) project.

Speaking at the ceremony held on the new runway, Carrie Lam, chief executive of Hong Kong said, “3RS is an integral part of our vision to transform from a ‘city airport’ into an ‘Airport City’. According to an earlier forecast, 3RS would generate direct, indirect and induced contributions of about 5% of the gross domestic product of Hong Kong by 2030. It demonstrates that 3RS would inject impetus to HKIA, as well as the overall Hong Kong economy in the future.

“Leveraging the advantages of HKIA’s unique geographical location and its excellent service, I believe Hong Kong’s aviation industry will certainly seize the opportunities arising from various new infrastructures in the city and the significant synergy generated by integration of the airport’s core functions and related developments.”

Jack So, chairman of Airport Authority Hong Kong (AA) explained, “Construction work of 3RS started in August 2016, which entails the formation of 650 ha of land by reclamation. With the completion of reclamation and runway pavement works, we are confident that the new runway will commence operations next year as planned. Other works including expansion of Terminal 2 (T2), construction of T2 concourse, a new automated people mover system and high-speed baggage handling system will be completed in 2024 on schedule and within budget.

“After its expansion, the airport will be able to handle the targeted annual passenger and cargo volume of around 120 mil t and 10 mil t respectively, enabling Hong Kong to enhance its status as an international aviation hub in accordance with the National 14th Five-Year Plan. The AA is also developing an Airport City, comprising retail, dining and entertainment facilities; as well as office towers, a logistics centre and a mega performance venue. These projects will be completed in phases from 2023 to 2027. Taking full advantage of the Hong Kong-Zhuhai-Macao Bridge, the Airport City will be a unique landmark in the Greater Bay Area.” 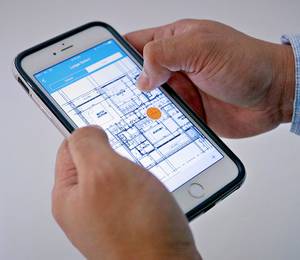 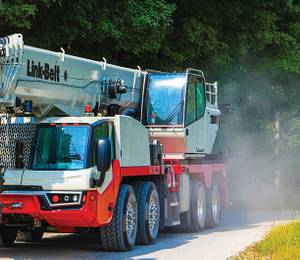