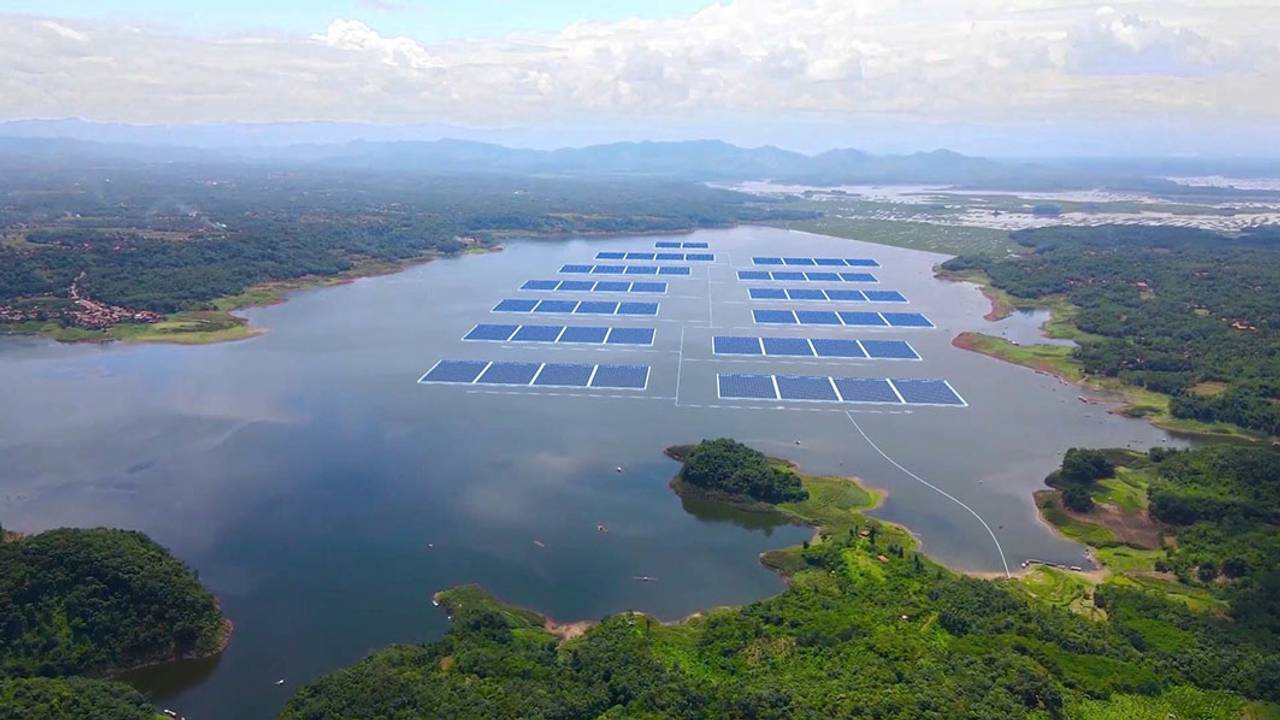 Masdar, one of the world’s leading renewable energy companies, and PT PJBI, a subsidiary of Indonesia’s state-owned electricity company PT PLN, announced today (3 Aug) that financial close has been achieved on the Cirata Floating Photovoltaic Power Plant project and construction work has commenced.

The 145-MWac facility, Indonesia’s first floating solar power plant, is being developed by PT Pembangkitan Jawa Bali Masdar Solar Energi (PMSE), a joint venture between Masdar and PT PJBI. It is scheduled to begin commercial operation in the fourth quarter of 2022.

“The Ministry of Investment fully supports the investment realisation of the Cirata Floating Solar Project by PT PJBI and Masdar. This is a flagship project of the UAE’s investment in Indonesia, and most importantly, it is in line with the Indonesian government target in renewable energy mix of 23% by 2025,” said Bahlil Lahadalia, Indonesia’s Minister of Investment and chairman of the Indonesia Investment Coordinating Board.

“This project represents the UAE’s first investment in Indonesia’s renewable energy sector, and we look forward to further collaboration between our countries, as we leverage our natural resources to build a more sustainable future.”

“Reaching this historic milestone demonstrates the strength of the relationship between Indonesia and the United Arab Emirates,” said Abdulla Salem Al Dhaheri, ambassador of the United Arab Emirates to Indonesia and the ASEAN region. “The UAE is committed to promoting and investing in clean energy projects around the world, and to taking positive action on climate change. We stand together with Indonesia on driving sustainable development and we will continue to support the nation’s clean energy transition.”

The new floating solar plant, set to be among the largest in the world, is being built on the Cirata reservoir in the West Java Province. When completed, it will provide enough electricity to power 50,000 homes and will offset 214,000 t of carbon dioxide emissions per year.

According to Masdar, the construction of the facility will also contribute to the creation of up to 800 jobs. Throughout the development of the project, the company has conducted a series of social initiatives, raising awareness on sustainability issues and strengthening local community engagement.

“This achievement would not have been possible without the constant support of the government of Indonesia, our lenders, and our strategic partnership with PJBI and PT PLN, who have been with us on every step of our journey,” said Mohamed Jameel Al Ramahi, CEO of Masdar. “The designation of this project as a National Strategic Project (PSN) has been invaluable in enabling us to make such significant progress, and demonstrates that the government recognises the economic and social benefits the Cirata project will bring to the local community and to all of Indonesia.”

“This floating power project is a first for Indonesia, and is also a significant step in PJBI’s renewable energy journey,” added Amir Faisal, president director of PJBI. “We see tremendous potential for similar projects in Indonesia and we look forward to continuing our fruitful collaboration with Masdar to work on more renewable energy projects and help our nation achieve its clean energy objectives.”

Indonesia, the world’s largest archipelago nation, is targeting 23% of its energy mix coming from renewables by 2025 under its Electricity Infrastructure Acceleration Program. The government also recently announced that it aims to increase the proportion of renewable power in its 2021-2030 national electricity plan to at least 48%, from 30% in its previous plan.