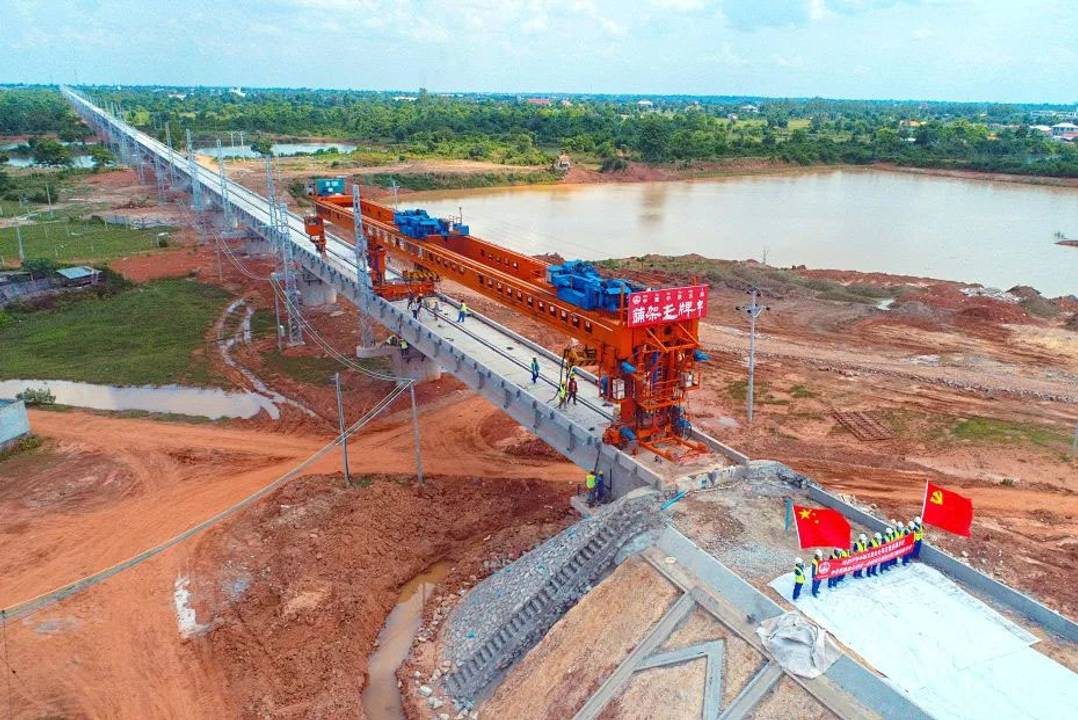 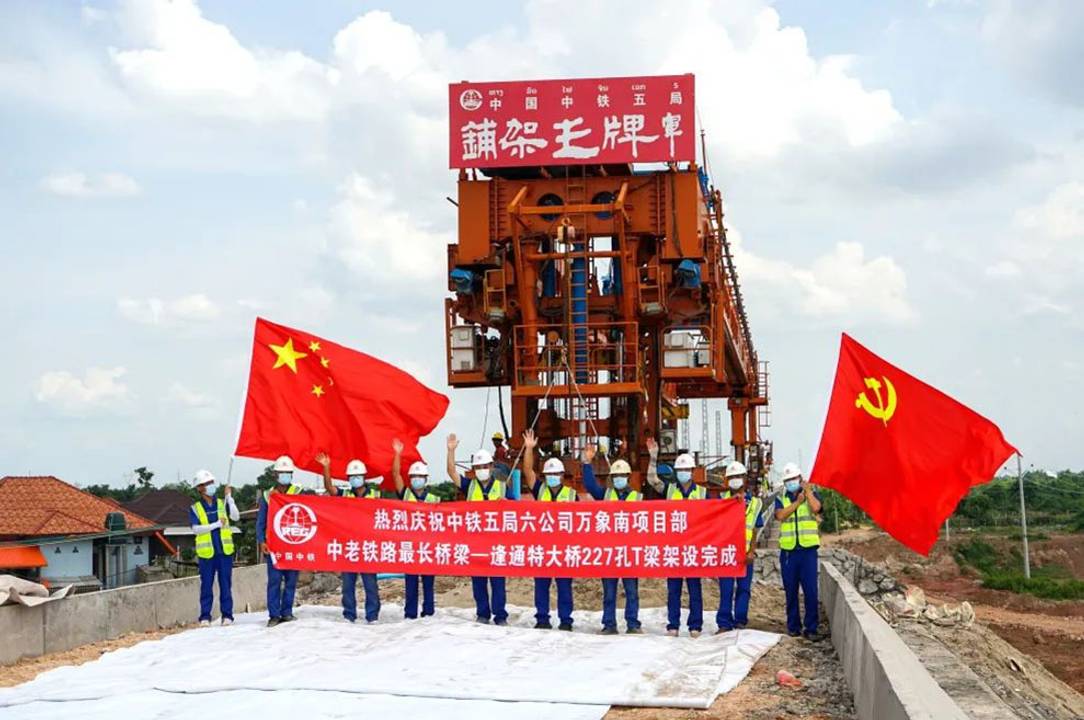 Construction of the bridge was undertaken by CREC-5. It is a key project on this cross-border railway.
railwaybridgeLaos
Views: 252

Construction of the China-Laos railway has marked another significant progress with the completion of its longest bridge in early July, announced China Railway No. 5 Engineering Group (CREC-5), the contractor on the project.

Located in the Laotian capital Vientiane, the Phonethong super major bridge has a length of 7,528.56 m and 227 piers. It is a key project on this cross-border railway, which forms part of the Belt and Road Initiative (BRI).

During the bridge’s construction, CREC-5 – a subsidiary of China Railway Group Limited (known as CREC) – overcame various challenges, including the impact of Covid-19 pandemic, organisational difficulties, a short period of effective construction, and beam yard construction that was completed within a month, the contractor explained.

In addition, the last tunnel on the China-Laos railway – the Jingzhai Tunnel – was completed in June. CREC said the project took 13 months to finish, carried out by close to 1,000 contractors.

The Jingzhai Tunnel is one of the 167 tunnels along the railway line. It was designed by China Railway Eryuan Engineering Group Co Ltd and built with the help of China Railway Tunnel Group, both of which are subsidiaries of CREC.

Located in the south of Hengduan Mountains in Menghan Town, Jinghong City of Xishuangbanna Dai Autonomous Prefecture in southwest China’s Yunnan Province, the Jingzhai Tunnel measures 9,509 m in total length and 711 m in the deepest part.

Stretching over 1,000 km, the China-Laos railway will connect Kunming, the capital of Yunnan Province, with Vientiane. It is scheduled to open by the end of 2021.