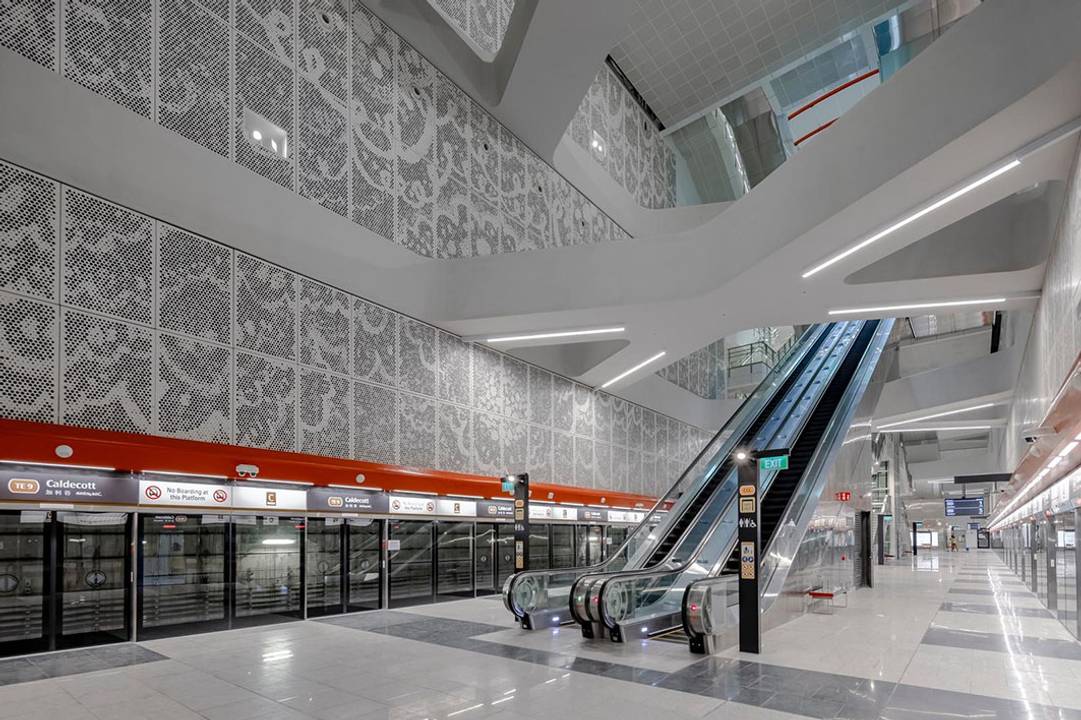 Singapore’s Land Transport Authority (LTA) is currently in the final stages of systems testing and commissioning for TEL2, to ensure that the new stations operate seamlessly with the existing TEL1 stations (Woodlands North, Woodlands and Woodlands South) which opened in January 2020.

When TEL2 opens, about 100,000 households will be within a 10-minute walk from a station along TEL1 and TEL2. “With this, more households will have convenient access to our MRT network and enjoy shorter travel times to their destinations. TEL will also strengthen the resilience of our public transport network, providing more travel options to commuters,” said  LTA.

The 43 km TEL is Singapore’s sixth MRT line, adding 32 new stations to the existing rail network, eight of which are interchange stations. When fully operational, TEL is expected to serve approximately 500,000 commuters daily in the initial years, and this will increase to about one million commuters in the longer term.

Besides enhancing connectivity between the northern, central, and eastern parts of Singapore, TEL is aimed to strengthen the resilience of the country’s rail network by providing alternative travel routes for commuters on other lines. As TEL runs parallel to the North-South Line (NSL), it will also help to reduce reliance and commuter load on NSL.

The Caldecott station, an interchange station connecting to the CCL, will bring further convenience and connectivity to commuters working and residing in the Thomson Road and Toa Payoh Rise estates. It will also provide easier access to the Singapore Association of the Visually Handicapped, Lighthouse School, Mount Alvernia Hospital, St Joseph Institution International (SJII) and MacRitchie Reservoir.

To avoid impacting SJII, the mined tunnel construction method was adopted as it would not require ground excavation. The station has been designed as a four-level underground station, and a total of 160,000 cu m of granite was removed using the electronic blasting method.

The Bright Hill station, a future interchange station with the CRL, is located along Sin Ming Avenue. Its entrance locations were chosen to serve residents of Sin Ming Garden, Faber Garden and Gardens at Bishan, as well as Ai Tong Primary School and Midview City. This station provides residents and students future direct connectivity to the city centre as well as the eastern region of Singapore.

Due to the presence of hard granite around Bright Hill station, it was a challenge to install more than 1,500 secant bored piles, which were required for the earth retaining stabilising structures (ERSS) for the station before excavation work could commence.

As the area is highly urbanised, the tunnels from Bright Hill station towards its adjacent stations required tunnelling under an existing low-rise residential building. To ensure safety, enhancement work was carried out to strengthen the building’s foundation system prior to tunnelling work.

As the Mayflower station is situated on a sloping terrain directly underneath Ang Mo Kio Avenue 4, surrounded by densely-built residential developments, multiple stages of traffic diversion had to be implemented to facilitate the construction of the station while minimising inconvenience to the public.

The  Upper Thomson station will serve the neighbouring residential estates such as Soo Chow Estate, as well as developments such as Thomson Plaza, Church of the Holy Spirit, and various dining establishments along Upper Thomson Road.

As the station is located directly beneath the busy Upper Thomson Road and flanked by two rows of terrace houses, traffic diversions and canal diversion adjacent to Soo Chow Estate were implemented in phases to support the various stages of construction.

To reduce inconvenience to residents and commuters, a section of the linkway underneath Upper Thomson Road to Entrance B was constructed using the pipe roof and tunnel method. This involved using a retractable micro tunnel boring machine to install circular pipes horizontally to form the ERSS before mining excavation was carried out.

The Lentor station is adjacent to the residential areas. Residents of Lentor Estate and Teacher’s Estate can soon look forward to greater accessibility to the city centre via this station.

To minimise impact to nearby residences and high-rise developments, top-down construction was adopted for the construction of the station box and entrances. Extensive studies were conducted to identify the network of utility services located within the work zone, to prevent any disruptions that could affect the neighbouring estates.

The Springleaf station is located along Upper Thomson Road, between Thong Soon Green and Springleaf Road. It will improve connectivity for the neighbouring residential estates and various dining establishments.