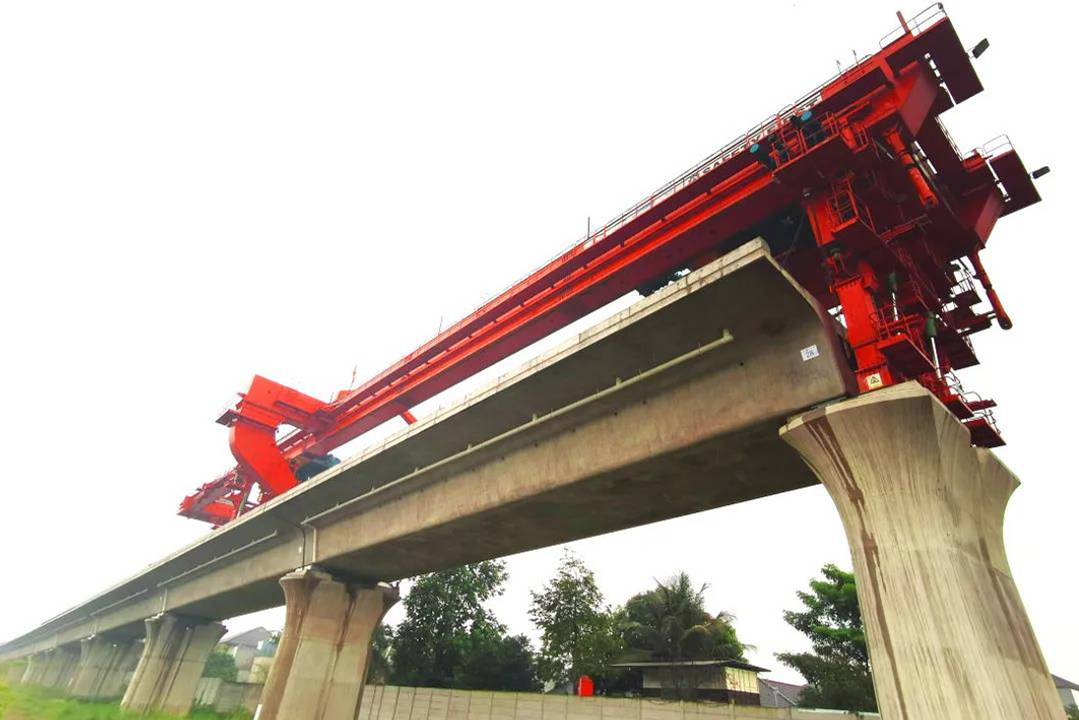 The first heavy-grade box girder erected on the project, located near the Bandung side.
The tunnel #7 on the project features a total length of 1,285 m.
railwayIndonesia
Views: 144

The first heavy-grade box girder along the Jakarta-Bandung high-speed railway (HSR) in Indonesia has been installed, announced China Railway No.4 Engineering Group, one of the contractors working on the project.

The box girder is located near the Bandung side. “The erection gradient was 2.97%, and the altitude difference between the front and back fulcrums reaches 97 cm, complicating the construction and making it very risky,” said the contractor, which is a subsidiary of China Railway Group Limited (known as CREC).

With a total length of 142.3 km, the Jakarta-Bandung HSR is currenty under construction. The new line has a maximum design speed of 350 km/hr and when completed, it is expected to shorten the travel time between Jakarta and Bandung from more than three hours to around 40 minutes.

In December 2020, the tunnel #7 on the project made a breakthrough. Built by China Railway No.3 Engineering Group Co Ltd (CR3), another subsidiary of CREC, the two-line tunnel provides a total length of 1,285 m.

“The area around the tunnel features volcanic lime mudstone, with 80% being V-class surrounding rocks and 93% buried 30 m or deeper underground,” explained CR3. “The area also experiences high water permeability and frequent slope slips plus geological deformations. For this reason, the entrances on both ends have broken rock masses, increasing difficulty in constructing the tunnel.”

The Jakarta-Bandung HSR project is owned and developed by PT Kereta Cepat Indonesia China (KCIC), a joint venture between a consortium of Indonesian state-owned enterprises (BUMN) and a consortium of Chinese railroad companies. There are currently four stations built along the line, namely Halim, Karawang, Walini and Tegalluar.