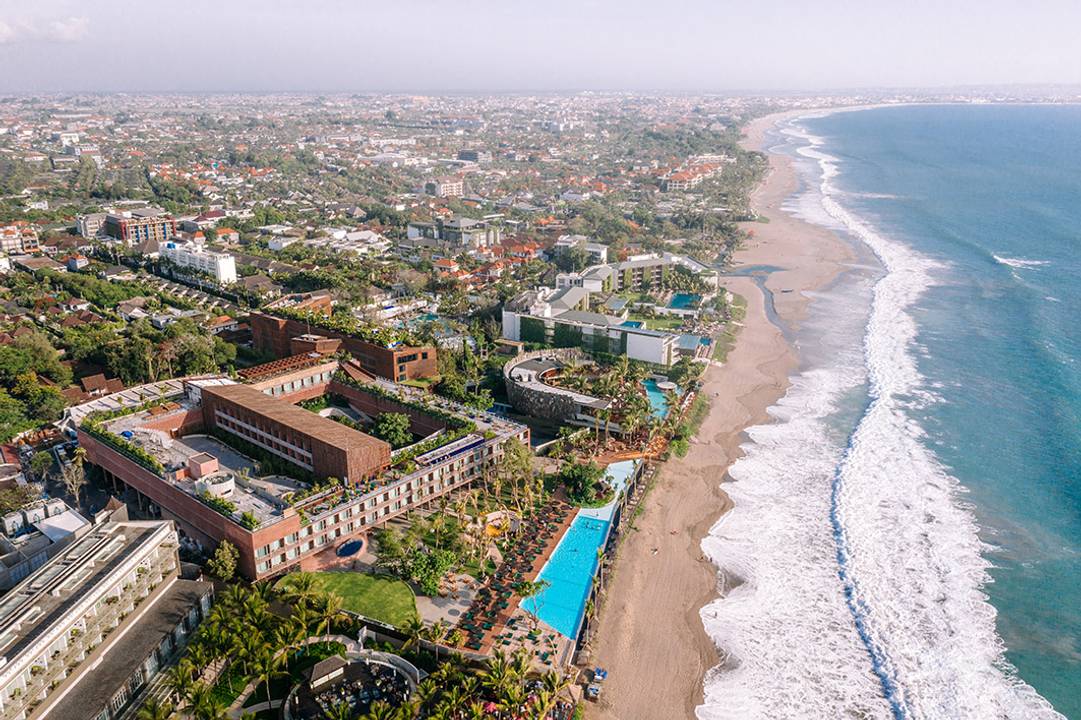 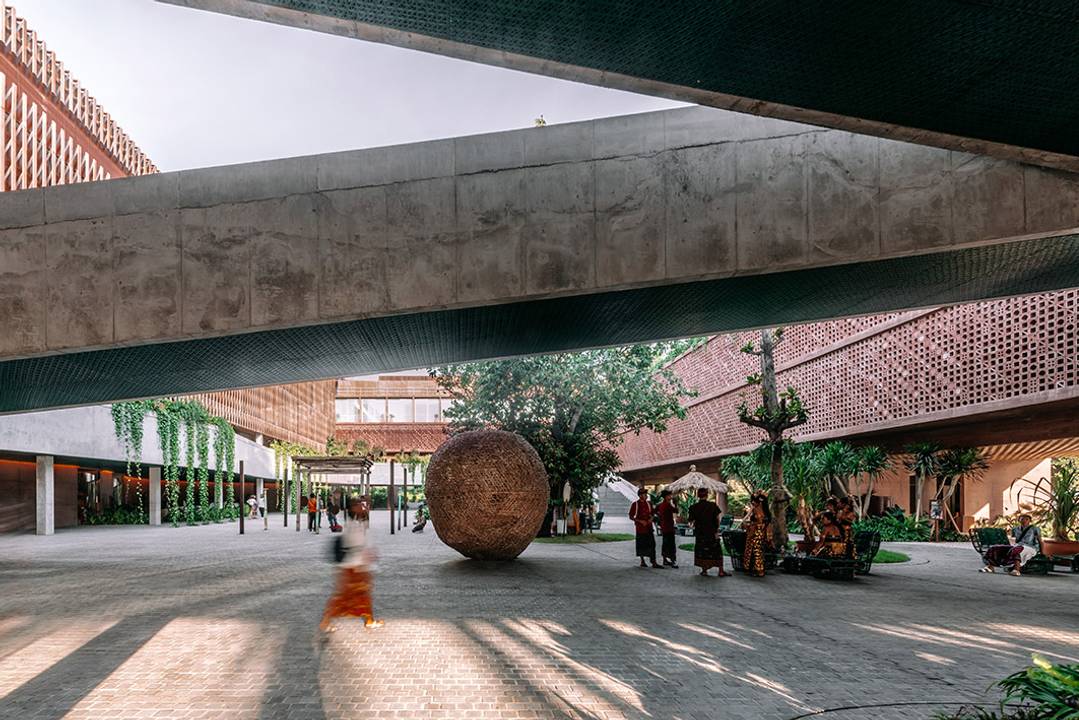 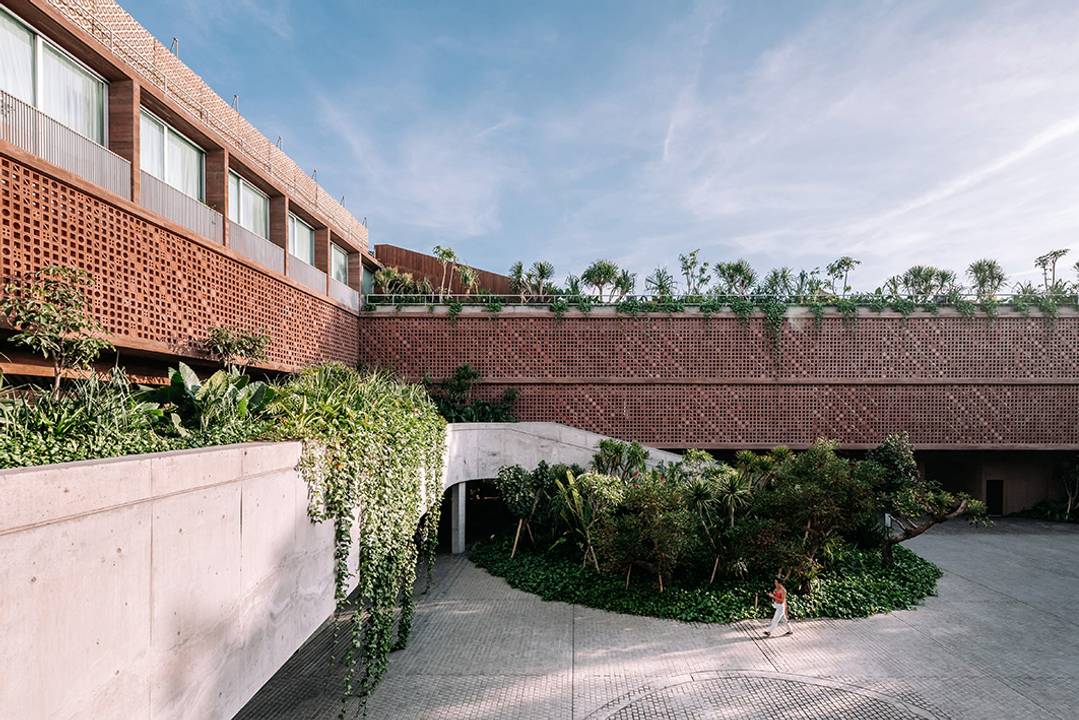 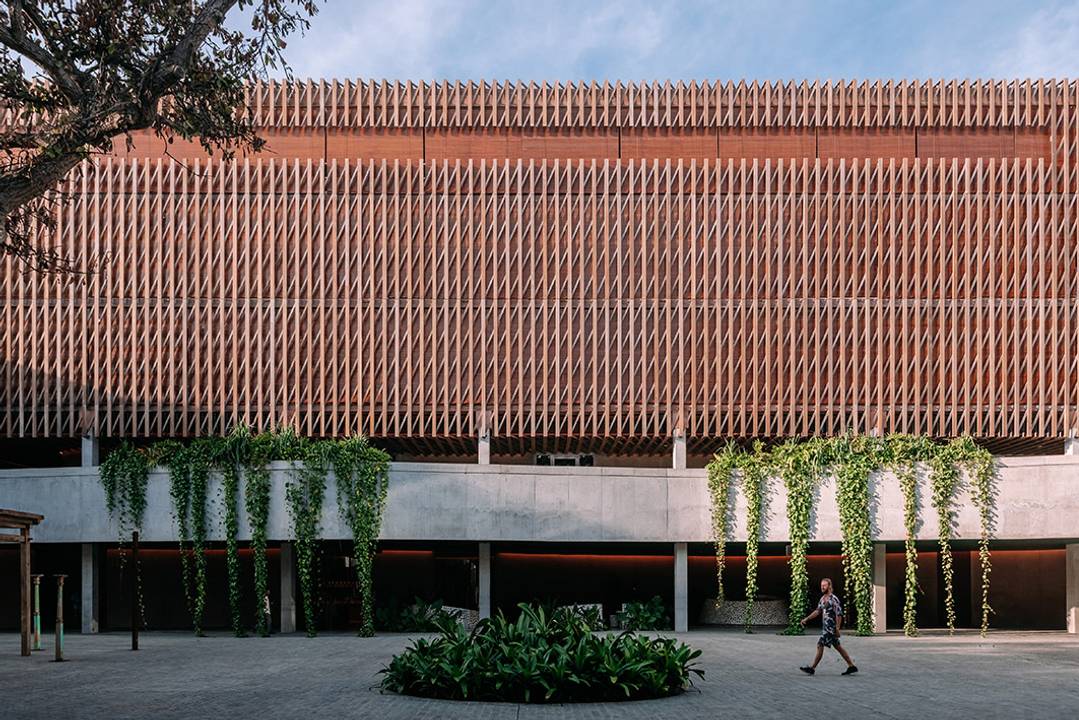 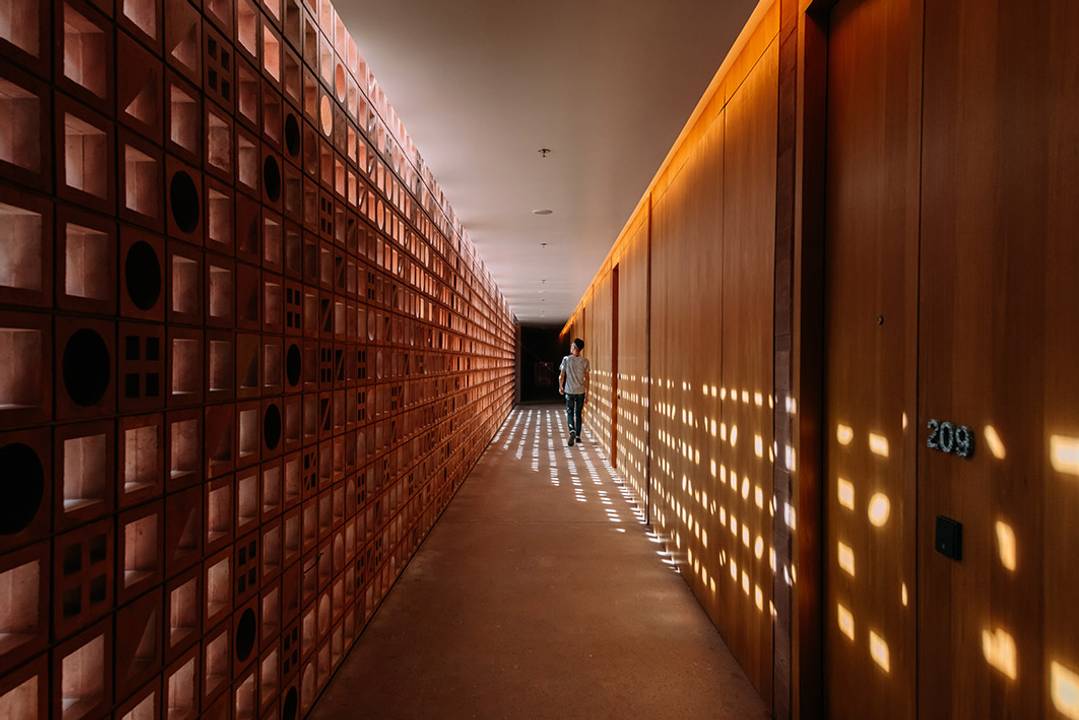 The newly opened Potato Head Studios in Bali, Indonesia – which comprises a beach club and two hotels – is the cultural heartbeat of Desa Potato Head, a creative village by the ocean where music, art, design, food and wellness play together.

Located in the Seminyak area, Potato Head Studios was designed by global architecture firm OMA and engineered by Aurecon. It offers 168 accommodation rooms, guest facilities, function rooms, bar and nightclub, and public spaces that celebrate the essence of Bali.

Designed to disrupt the private typology of resorts in tropical locations, the open public areas are flexible spaces that will accommodate festival celebrations, cultural events, and day-to-day leisure activities for guests and visitors. The open platform at the ground level and a private garden on the second level evoke the raised courtyards in Indonesia, where traditional Balinese courtyards are found at ground level.

The Potato Head Studios was constructed from pigmented in-situ concrete and poured concrete cast in reclaimed driftwood to minimise its environmental footprint. Aurecon collaborated with the client and builder in outlining and prototyping these experimental techniques.

According to Aurecon, the textures of some concrete walls were created by local craftsmen, while the facade design along the guestroom corridors was inspired by Balinese Tika, or divination calendar. At the roof top is a sculptural park open to the general public, accessible via a public route that connects amenity spaces including restaurants, pools and spas. Aurecon was instrumental in creating the stunning column-free access route, and in some of the larger sculptural installation such as the concrete dome restaurant.

Potato Head founder, Ronald Akili, commented that the building and open spaces are a cultural institution that mixes public with private, guests with locals, and future thinking with time-honoured craftsmanship.

The project pays homage to the essence of Bali – deeply spiritual, with the roots of the island's beliefs and traditions running deep in how it presents itself to the world.

Raising the building to create the elongated open public spaces at ground level was the grandest engineering challenge, explained Aurecon. To stay true to the architectural intent of a building ‘floating’ over the public spaces, the company formulated a structural solution that resembles a house on stilts. A series of differing wall and frame systems provide the mirage of a floating hotel and invites locals and visitors alike to interact and connect.

The building design accomplished four elements: 1) It protected what would otherwise have been a vulnerable building against seismic activity; 2) It enhanced the floating on stilts visual by hiding all services reticulation from sight; 3) It sustainably manages water across the site for the good of the wider community, by sourcing sustainable drinking water, and managing flows and odours while protecting the culturally sacred river; 4) It created visually stunning elements, including free-span external stairs and a dome-shaped restaurant.

Such design was accomplished by designing pilotis, or piers, as support columns that lift the building above ground. This pilotis support a hidden frame system and secretly decoupled walls, in order to balance the building’s stiffness and provide safety during Bali’s frequent earthquakes. This configuration has resulted in a cultural ground plane and a five-storey building above that is approximately 29,200 sq m and 20.5 m high.

A river passing through the middle of the site was important to the community both spiritually, and functionally as their sewer. To free the site layout, create an odour-free environment, and protect from flash flooding, Aurecon designed a covered culvert diversion in consultation with community groups.

Aurecon’s network of international offices played an important role to deliver a successful building design within the project timeframe. The company said specialist skills were applied from its offices across Asia, in order to achieve the successful structural and building services solutions posed by the challenge of building an entertainment and accommodation precinct on stilts.