The date on which the updated suite of ANSI A92 MEWP Standards come into effect has been postponed until 1 June 2020, as announced by the International Powered Access Federation (IPAF) recently.

Published in December 2018, the standards were initially set to go into effect in December 2019, but two appeals were approved by the ANSI Board of Standards Review (BSR), and the Accredited Standards Committee (ASC) A92 needed to draft limited revisions to comply with the BSR’s decision.

The required timeline under ANSI guidelines to redraft and issue the limited revised standards resulted in a delay in the effective date to 1 March 2020. However, the original appellants then issued supplemental appeals and two new appeals have also been lodged against the limited-revision standards, which now require a hearing.

Again, to comply with ANSI’s required timelines to address the appeals, the March 2020 effective date has had to be delayed for appeal decisions to be completed, by an estimated 90 days. The A92 ASC has now approved the effective date to be extended to 1 June 2020.

Tony Groat, IPAF’s North America regional manager, who sits on the ANSI MEWP-safety standards drafting committees said, “Appeals are supposed to be brought on violations of ANSI’s processes and procedures, not the language used in the standards. However, the core issues here are based on language requiring a manual of responsibilities and addressing OEM approval on MEWP modifications.

“It’s great that our industry has passionate people who will fight for what they believe in, however these unprecedented delays do create confusion and uncertainty. It is a challenge to plan for effective compliance with a moving target and uncertainty as to when the updated standards will go into effect.

“These are published standards and many in the industry have started readying compliance with the suite of standards already, in the belief they will ultimately go into effect at some point in 2020. Complying now will only lead to improved safety.” 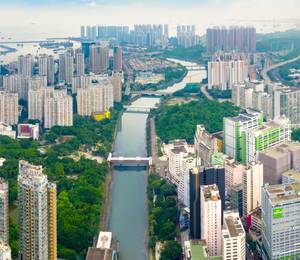