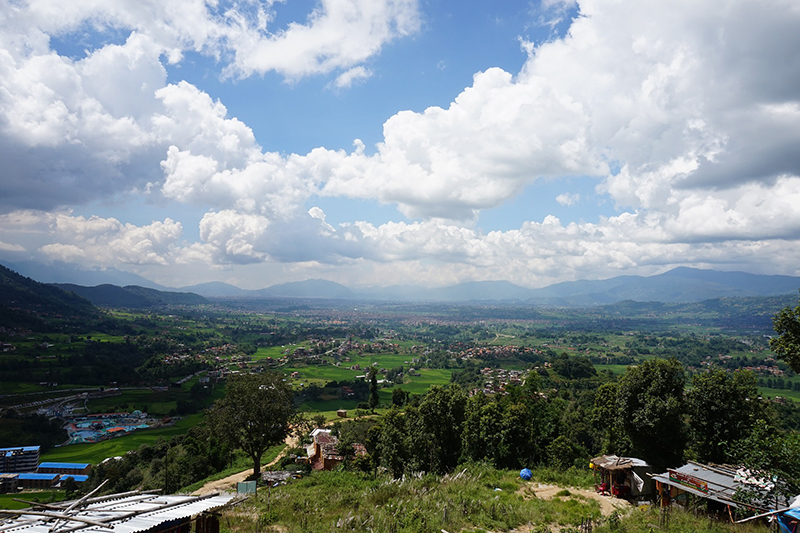 Finnish companies will collaborate to design a new urban area for more than half a million inhabitants in the Kathmandu Valley, Nepal, in accordance with the principles of sustainable development. These companies include Helin & Co Architects and the Nepalese engineering firm JK Associates. VTT Technical Research Centre of Finland is also involved in the project in an expert role.

With rapid population growth and environmental problems, new solutions are needed for construction, transport, energy production, and water and waste management. Urbanisation also enables Nepal to develop economically, and this project aims to steer the growth in a sustainable direction.

“The population growth and urbanisation of the region are challenges that require a rapid and sustainable solution. This project is aimed at finding new means that support the settlement of the growing population into new areas, in accordance with the principles of sustainable development even in a short timetable. At the moment, only 20% of Nepal”s population live in cities, but this project alone may increase the population of the capital by about a million people,” said Pekka Tuominen, senior scientist at VTT.

“In terms of its goals and scale, the project is unique in Nepal and has also global significance, because the area being planned is quite large and because the urban planning solutions developed in the project will show way for sustainable urban development in developing countries worldwide. We will show how the unofficial expansion of cities without a city plan could be steered more effectively, economically and sustainably into well-designed new areas,” explained Mariitta Helineva, architect at Helin & Co.

“The population of the project”s target area is expected to grow to about 650,000 within 20 years and almost to one million within the next 50 years,” she added.

The new urban development, extending over 52 sq km, is being planned in the area of the Kathmandu Valley. At present, it has approximately 130,000 inhabitants living in mainly agricultural communities. The population of the entire Kathmandu Valley is expected to grow to four million by 2020.

The target area lies on the northern side of Bhaktapur, the old capital of the country and a UNESCO world heritage site. According to VTT, the delicate nature and cultural-historically valuable monuments of both Hinduism and Buddhism make the design work particularly challenging. The planning takes into account both the local circumstances and the latest technology by such means as combining traditional ways of construction and life to modern urban planning. The ways of life and livelihoods typical of the area will be maintained by preserving agricultural land and enabling small-scale urban farming in the built area.

VTT will draw up the project”s technical and economic evaluation, which will serve as a basis for weighing the viability of the project and its impacts on the local economy and the standard of living of local people.

“According to preliminary results, the development of the area can significantly raise the standard of living of hundreds of thousands of people and enhance their housing conditions. In the target area, special emphasis is placed on education and training in the form of, for example, several technological colleges,” said Mr Tuominen.

The project offers solutions to the challenges caused by the pressure of population growth and the environmental problems the whole developing world is facing. The results will benefit particularly the inhabitants, the economy and the environment of Nepal. One of the project”s goals is also to disseminate information and to boost the development of competence in Nepal in a large scale.

The project is funded by the state of Nepal and coordinated by Helin & Co Architects and JK Associates. It was launched in April 2018 and is scheduled to be completed in June 2019, so that the distribution of land and building of infrastructure could begin immediately after the adoption of the city plan.