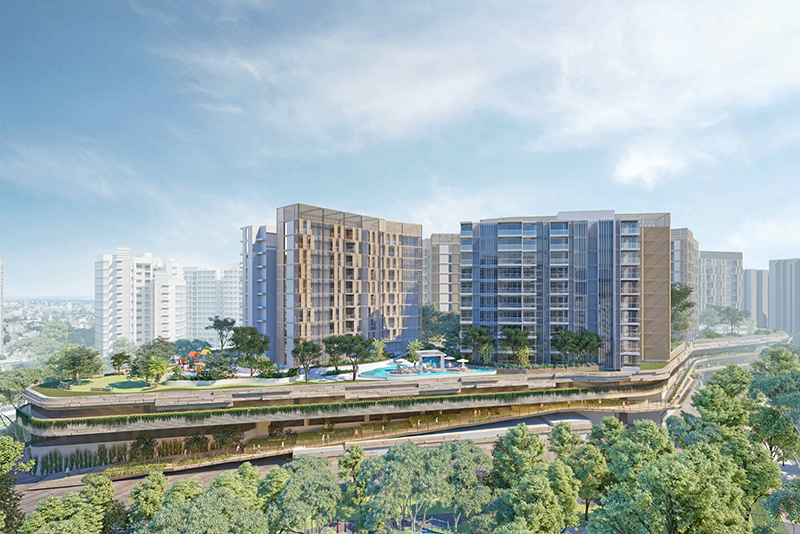 CapitaLand Limited and City Developments Limited (CDL) have formed a joint venture to transform a 3.7-ha site in Sengkang Central, Singapore, into an integrated community hub offering 700 residential apartments along with amenities such as a hawker centre, community club, childcare centre, retail shops, as well as public rail and bus transport facilities sited in a one-stop location. This mixed-used development is targeted for completion in the first half of 2022.

According to the joint venture, the development will contribute towards enhancing the walkability of the neighbourhood by providing a linear park that runs along the entire frontage of the development along Sengkang Central and Compassvale Ancilla Park; as well as a garden ramp connecting the residential component with the rest of the development. The site has direct access to Buangkok MRT Station and the future bus interchange, and is a about 20-minute drive from the Central Business District (CBD).

“We see tremendous potential in this site which has exceptional attributes. Envisioned as a one-stop community hub, it will be integrated with a new bus interchange and connected to the existing Buangkok MRT Station. Various amenities and recreational facilities such as a hawker centre, childcare centre and civic plaza will be right at residents’ doorsteps, giving rise to a vibrant and bustling community,” said Sherman Kwek, CEO of CDL. “Through our partnership with CapitaLand, we hope to create a distinctive and endearing landmark that will serve as the nucleus for the whole Buangkok and greater Sengkang area.”

“CapitaLand looks forward to partnering CDL to shape and transform the site into a landmark development that will be an identity marker and new focal point for the Buangkok neighbourhood,” said Lim Ming Yan, president and group CEO of CapitaLand.