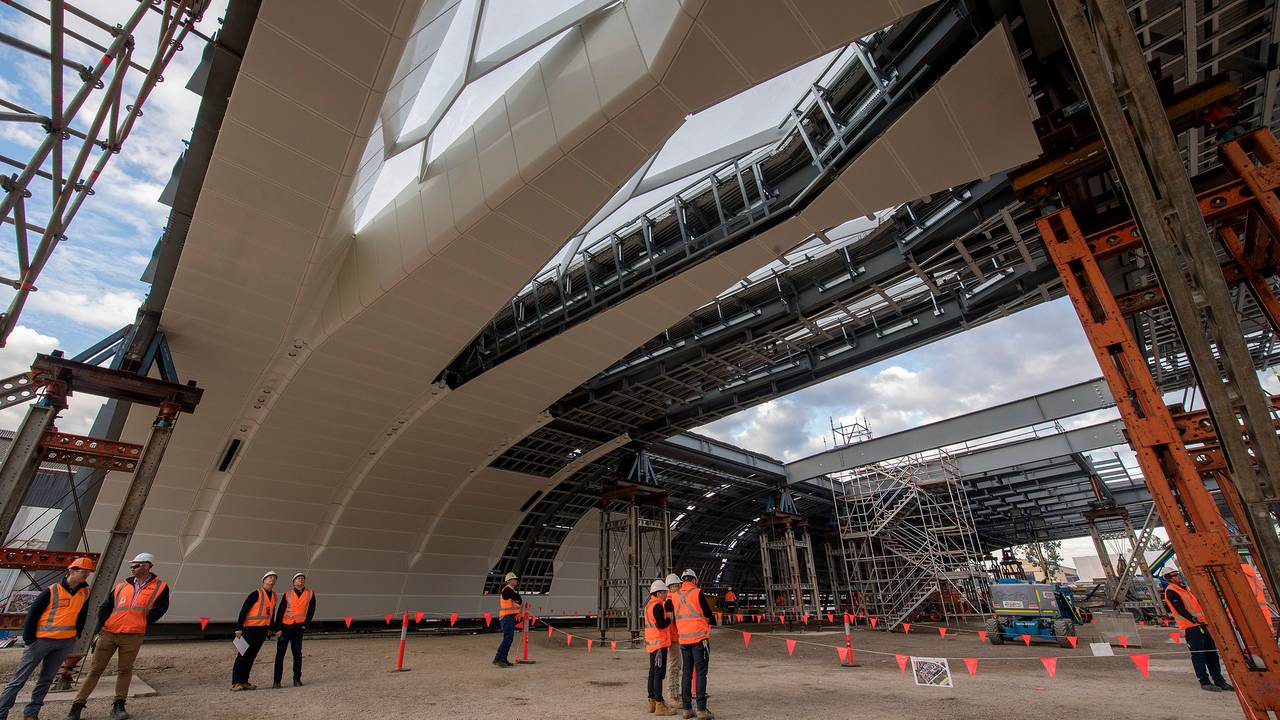 The roof was prefabricated off site and is being transported in parts and reassembled on site. The reassembly on site is expected to be finished in December 2020. Photographer: Cath Bowen
Kite-shaped skylights in the new roof at Sydney’s Central Station. Photo: © Cath Bowen Rusty Goat Media
Views: 130

Sydney, Australia – The new 2,240 square metres span vaulted roof at Central Station has been revealed to the public for the first time with installation underway as part of the city's new Sydney Metro.  The roof rises to 16 metres above the northern concourse becoming a landmark covered public space which will be the centre-piece of the refurbished station.

Constructed by Laing O’Rourke and designed by Woods Bagot in collaboration with John McAslan + Partners, the lightweight canopy will dramatically over-sail the heart of the transformed station, joining new and old to create a recognisable place and represent the heritage of Central Station to the people of Sydney.

“Customer centered thinking is one hallmark of the design process to transform Sydney’s Central Station into a place like no other. Generous, distinctive and memorable, Central Station's new underground concourse will eliminate the ‘travel trudge’. Our design approach has been to walk in the shoes of the customer every step of the way to create a truly great experience. Finding your way around intuitively in uncluttered and beautifully finished spaces has been a major design focus. Customers will freely and effortlessly move through the space, know where they are at any time, and change easily between trains, buses, light rail and the new Sydney Metro," added Mr Prentice.

The design vision by the architectural team was to create a new public space for the people of Sydney. Working with Woods Bagot, John McAslan + Partners has brought its considerable experience on King's Cross Station in London to the Sydney project. The redevelopment is conceived as an orienting piece of architecture that makes sense of and simplifies the wayfinding to all parts of the station from the grand concourse - joining intercity trains, suburban trains and Light Rail to the new metro. Design features, structural elements and materials add to the legibility of circulation, making moving between these travel modes more intuitive, simplifying access for all and enhancing the overall passenger journey through beautifully finished spaces.

All elements of the new design encourage smoother flows of 500,000 travellers expected daily across the station and through to the new Sydney Metro platforms, 27 metres underground.  The form of the new roof has been derived from the vaulted profiles which are already a dominant feature of the existing heritage buildings. It also frames views to Central Station's heritage clock tower.

The materials have been selected to compliment the heritage of the station, built in 1906. The exterior is the same natural aluminium finish as the historic grand concourse roof and will, in time, patina with age, blending the new and old together. A dominant feature of the roof are the skylights. Shaped like kites, they admit daylight into the new concourse, helping cement it as a clear orienting space joining all the parts of the station together.

Troy Uleman, Director, John McAslan + Partners Sydney said: “Designed as a great, light filled unifying space at the heart of the station, helping to make wayfinding more intuitive; whilst also highlighting the heritage and civic value of the early 20th century terminus building, smaller Electric building and reemphasising the Eddy Avenue entrance. For the first time in a long time, we will be able to experience these buildings in their full grandeur.” 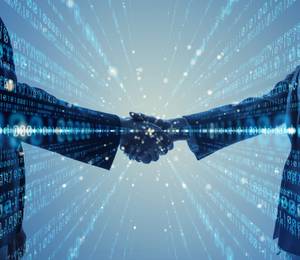