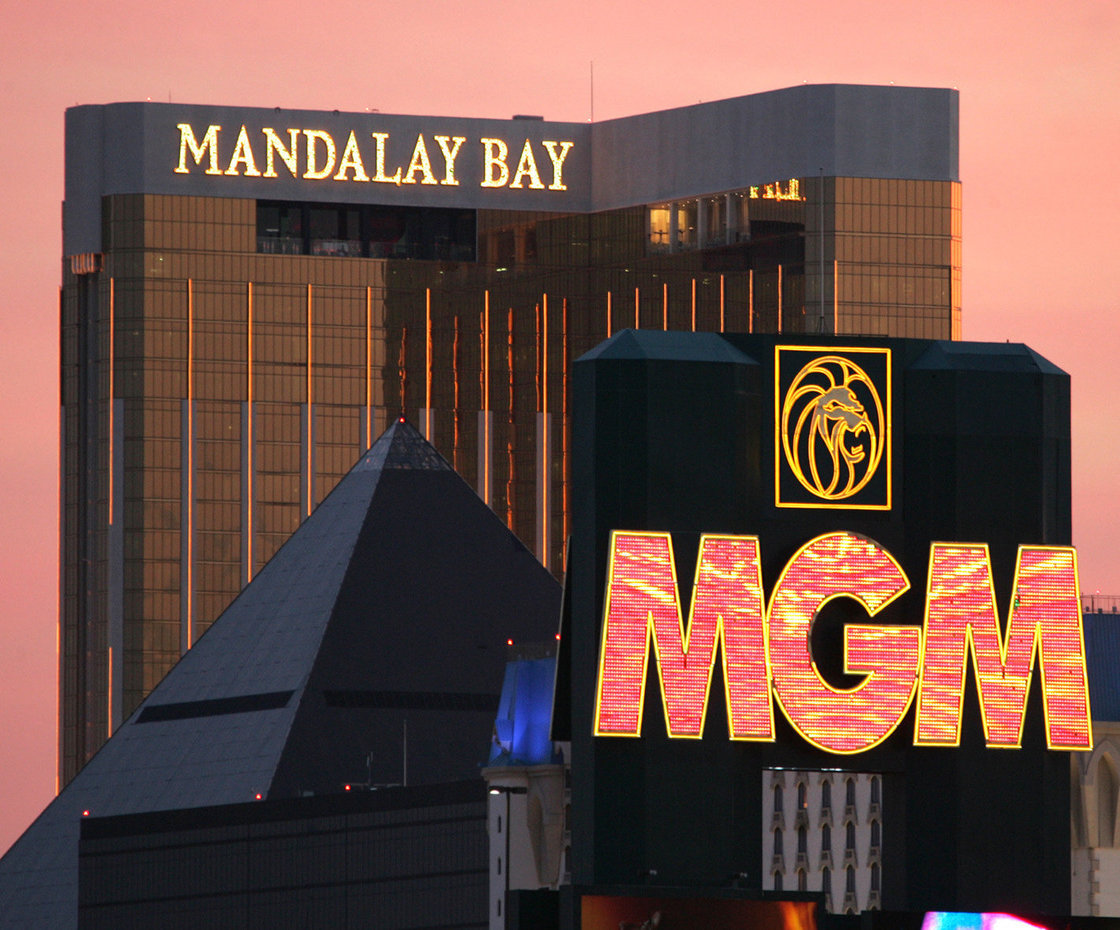 MGM’s Mandalay Bay is now stationing security officers at guest elevator banks, and the guards are requiring patrons to produce their room keys before being allowed access. The Las Vegas Review-Journal was first to report on the new security procedures, and MGM later confirmed the news in a statement.

Las Vegas casinos remain on high alert more than a month and a half after the October 1 shooting that left 58 people dead and over 500 injured.

It’s unclear how Mandalay Bay positioning unarmed guards outside the elevators around the clock increases protection against another horrific event, as shooter Stephen Paddock was a guest of the resort and had a room key, but sometimes it’s just about the optics.

In fact, Paddock reportedly used a service/freight elevator, not the guest banks, to bring his arsenal of weapons and ammunition up to his 32nd floor suite, so such a policy wouldn’t have even impacted him.

Police found 23 high-powered rifles and thousands of rounds of ammunition inside his hotel room. Paddock took his own life roughly ten minutes after he began firing at the Route 91 Harvest country music festival below.

A quick response from Mandalay Bay security guard Jesus Campos, who was able to notify police as to the shooter’s location, is believed to have led Paddock to kill himself before firing more shots.

MGM said in a statement, “We have determined that positioning 24-hour security at the elevator banks improves our surveillance capabilities and enhances security for all of our guests and facilities.”

Casinos across Las Vegas have been increasing their security presence and procedures since the tragedy. Gaming and tourism analysts don’t believe the city will suffer long-term, but that could change should casino resorts fail to convey a message that guests have nothing to worry about.

“Whenever you have a tragedy … your PR efforts are going to have to focus on reassuring guests they are safe,” UNLV Hospitality Professor Mehmet Erdem told the Review-Journal. Erdem said the presence of guards at the elevators is as much about giving a sense of security to guests as it is about disrupting another attack.

Another way some Las Vegas resorts are trying to curtail the possibility of another disaster is by reducing the amount of time a guest can remain incognito with a “do not disturb” sign on their doors. Boyd Gaming recently amended its policies to 48 hours before a security worker will inspect a room, while Wynn Resorts claims it is making rounds every 12 hours.

MGM hasn’t announced a change to its “do not disturb” rules. Paddock converted his suite into a firing perch during three days that he was allowed to remain in his room without interruption or housekeeping. But privacy for hotel guests, some of whom may not be doing anything illegal, but who would still like to remain stealth, is a somewhat sacrosanct concept that isn’t likely to die easily.

Paddock’s shooting hasn’t been declared an act of terror, as the motive for his killing spree remains unknown. Insurance companies on the hook for hundreds of millions, if not billions, of dollars in coverage, might still be hoping a terror link is found, however unlikely that may be, as the US Treasury would then help pay for upwards of $1 billion in payouts.

Paddock’s brain is being closely studied by surgical neuropathologist Dr. Otto Vogel at Stanford’s Neuroscience Health Center. The goal is to try to find an abnormality that might have triggered Paddock into carrying out the shooting. To date, it remains a mystery.