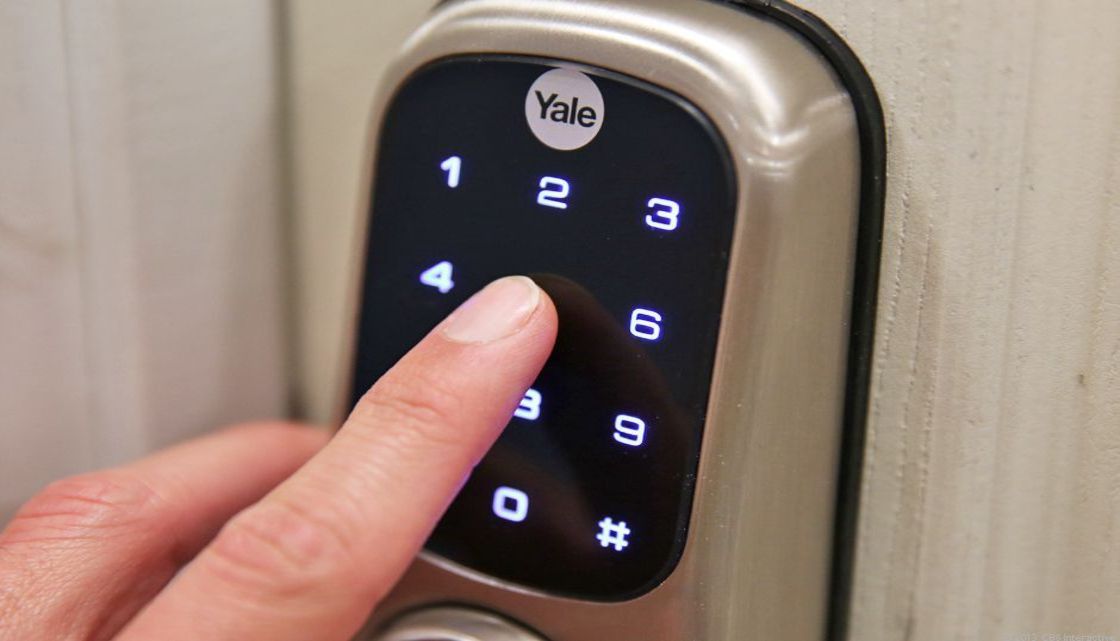 The Yale Real Living Touchscreen Deadbolt features an attractive capacitive touchscreen. Tap it with the back of your hand to wake it up, then punch in your code to enter. The lock can store up to 25 unique codes, each between four and eight digits long.
Views: 33

August Home has expanded their line of smart locks over the last few years. The DIY smart home security company currently has three generations of smart door locks and two generations of video doorbells. Its well-performing locks like the Smart Lock and Smart Lock Pro feature DoorSense, an intelligent sensor that can tell you if your door is open or closed.

With August Home's expanding line of smart locks and video doorbells, it's no surprise Yale and its parent company, ASSA ABLOY, want in. Yale's attempts at smart locks brought us good looking products with less than stellar user experiences. The best Yale lock we tested was the Yale Real Living Touchscreen Z-Wave Deadbolt, a lock that integrates with multiple home automation platforms, but doesn't have one-touch entry, Bluetooth recognition or NFC (near-field communication) compatibility like some of its competitors (including August).

Yale and ASSA ABLOY might not be on the cutting edge of smart lock technology, but the brand does have nearly two centuries of lock-making under its belt. A time-tested lock company and a momentum-filled new brand might just be the smart home power couple for which we've been waiting. The acquisition is subject to regulatory approval and customary closing conditions, but the companies expect it to be completed in the fourth quarter of this year. Financial terms of the agreement were not disclosed.