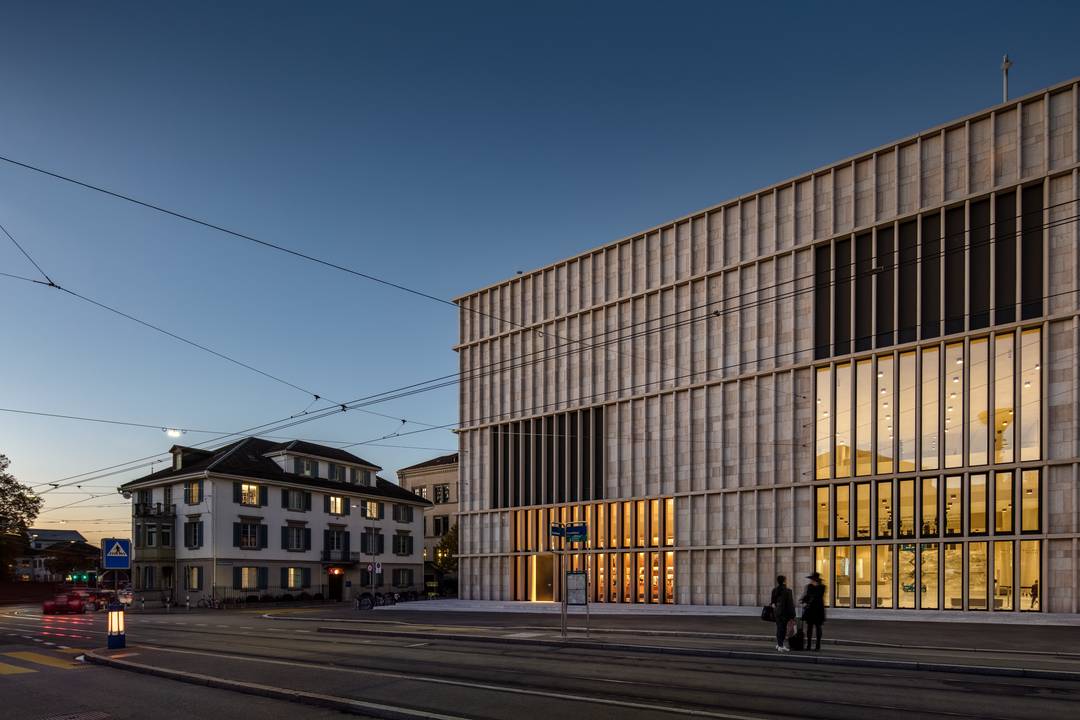 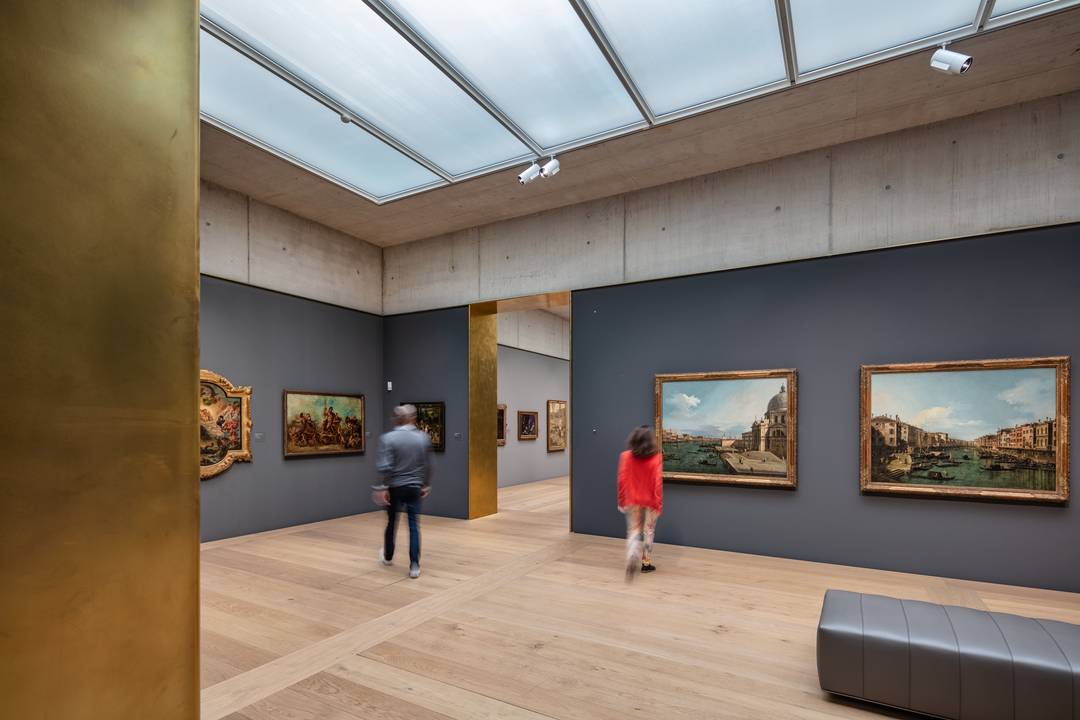 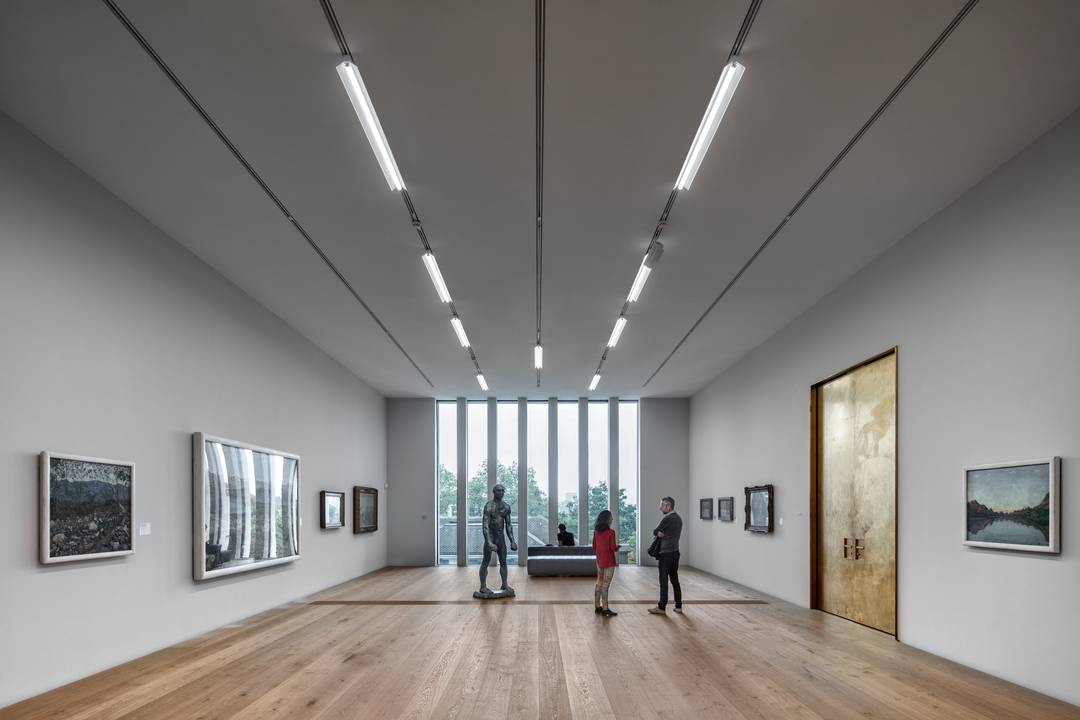 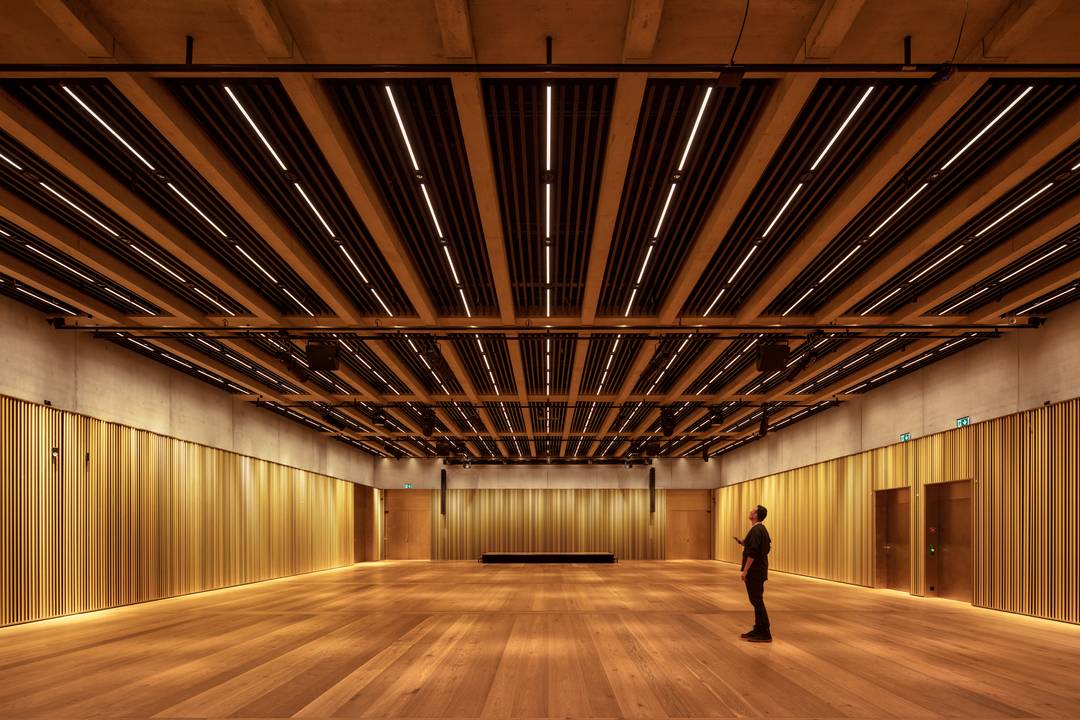 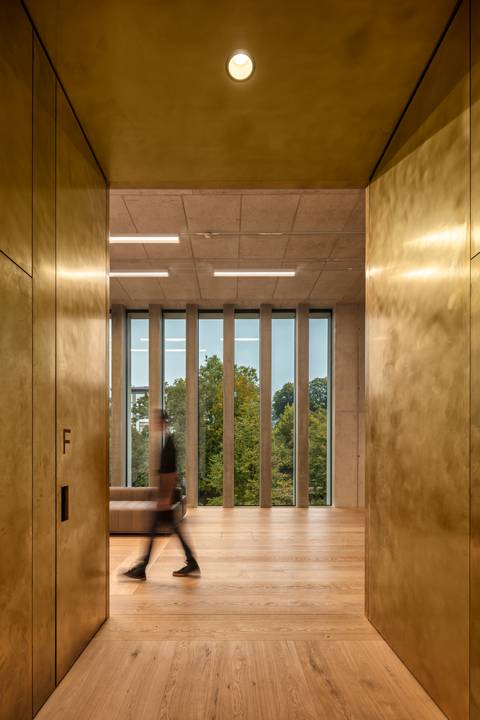 The Kunsthaus Zürich extension, designed by British architect David Chipperfield, is a new architectural landmark in central Zurich. This puristic cube has an austerely geometric façade, yet its impact is graceful and elegant thanks to its light-flooded rooms. To bring the artworks filling an additional 5,000 square metres of exhibition space to life, Zumtobel has installed not just general lighting, but also special spotlights that were specifically designed for this project. This is the first-ever application of the ARCOS III series with zoom focus.

Dornbirn, Austria – For the Kunsthaus Zürich, the opening of the extension at the start of October 2021 heralded a new era. Alongside the distinctive design of the Moser Building, built in 1910/1925, and the 1976 Müller Building with its vast rooms, the timeless effect of the new building from British architect David Chipperfield completes the ensemble of buildings that make up the Kunsthaus.

The geometrical building with clear lines opens up fresh possibilities for the Kunsthaus Zürich – and also makes it the largest art gallery in Switzerland. The Kunsthaus Zürich houses permanent and temporary international exhibitions of art from the 13th century to the present day. Its membership programme, the Zürcher Kunstgesellschaft, is one of the largest art societies in Europe, with around 23,000 members. The new building provides an additional 5,000 square metres for art, including 330 square metres dedicated to art education. The exhibition in the Chipperfield building has a particular emphasis on artworks from the 1960s.

A handful of luminaire types for a myriad of art experiences

Together with Zumtobel, matí AG lighting design have developed a lighting concept that lets the exhibited artworks take the leading role in Zurich’s new architectural highlight, this modern building with its exhibition and recreational spaces and multifunctional reception hall. This lighting is subtle and functional, and above all has a unified design that lets the viewer’s attention rest on the exhibited artworks.

“Light plays an essential role in the way we perceive art,” says David Chipperfield, the multiple-award-winning architect. “It has an impact on the exhibited work, and on us as the audience. Light has a profound influence on the relationship between us, a work of art, and the space we are in.”

Zumtobel has made this vision a reality with a minimalist selection of luminaire types that can be used extremely flexibly. A special version of the TECTON continuous-row lighting system was installed, along with PANOS LED downlights, SLOTLIGHT light lines, spotlights from the SUPERSYSTEM series, and – last but not least – the winner of the Red Dot Design Award, ARCOS III spotlights with zoom focus, which were specially developed for the constantly changing requirements of exhibition spaces.

While in the open entrance hall the emphasis is on social interaction, events and collective art experiences, the two upper floors invite visitors to immerse themselves in the artworks on an individual level. To facilitate this, Zumtobel has combined a gallery-specific base light from the TECTON special lighting range with directed accent lighting from ARCOS III spotlights.

Playing with natural daylight was an important aspect of the lighting design. On the first floor daylight comes in primarily via the sidelights, while on the second floor it mainly enters through the skylights. These changing lighting conditions are among the project’s main challenges: “The preferred lighting for museums is generally stable and of a consistently high quality,” says David Chipperfield. “However, as human beings we like the variation of natural light, for example the idea that a cloud has just moved in front of the sun, changing the light momentarily.”

The way in which natural light is used in the exhibition spaces is particularly evident on the second floor. Here there is a ceiling of light that lets daylight in when it is open, but can also be partly or fully closed with slats. The daylight is supplemented by around 1,000 TECTON luminaires in a special version. They are installed one luminaire next to another and shine down from the ceiling in such a way as to create a diffuse flood of light. “People who visit the upper galleries on a cloudy day in winter will feel like they are walking through the spaces in real daylight,” says Daniel Waespi, project manager at Zumtobel.

As well as the overall lighting for the space, a new approach was also required for the presentation of the artworks: as a modern museum, the Kunsthaus Zürich needs a great deal of flexibility and scope when it comes to light colour and orientation. “After all, a picture from the 1960s needs different lighting than an Impressionist work from the late 19th century,” Daniel Waespi points out.

Zumtobel – together with David Chipperfield (product design) and matí AG lighting design – have created a spotlight that meets all these different requirements: the ARCOS III series with zoom focus. So that they could visualise every step of the project and test the practical applications of the luminaire, Zumtobel used 3D printing, for example, to produce prototypes quickly and efficiently.

The ARCOS III zoom focus can be adjusted to illuminate any artwork in a targeted way via simple mechanical movement and orientation. This spotlight can be set to sharp focus via the zoom optics in order to highlight small details and beautiful contrasts – and also has a ‘soft edge’ option, which provides a smooth gradient of light around the outer border. It supplies precise and uniform light from every angle and from a ceiling height of up to ten metres.

The multi-channel tunableWhite technology of the ARCOS III spotlights also ensures that the light colour can be smoothly adjusted from warm white to daylight white. The system can therefore be controlled without any cable connection at all. Instead, the luminaires are wirelessly networked via Bluetooth and can be individually controlled through an app with basicDIM wireless lighting controls. As a result, every exhibition piece can be displayed in a way that best suits its original interpretation and its historical context.

The large reception hall is a particular photometric highlight. The brass pipes around the sides of the room are not the only eye-catching feature of this room: the lighting also contributes to the special atmosphere. Here, Zumtobel chose to use specially designed SPOTLIGHT slim light lines with tunableWhite for surface illumination. These were combined with directional lighting from SUPERSYSTEM spotlights. In the side rooms of the new museum building, restrained PANOS LED downlights were used.

Unique works of art place unique demands on lighting. The lighting design in the Kunsthaus Zürich extension reflects the trends that are currently influencing key figures in art and culture: “A single spotlight needs to be able to adapt flexibly to a wide range of artworks,” says Zumtobel project manager Daniel Waespi. “The need for user-friendliness goes hand in hand with this – the spotlights need to be easy to control and intuitive to operate.” With its light installations, the Kunsthaus Zürich is equipped for the future of museum spaces. 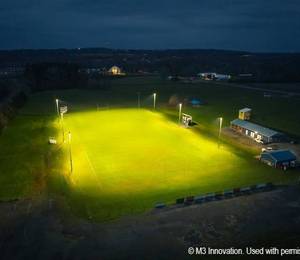 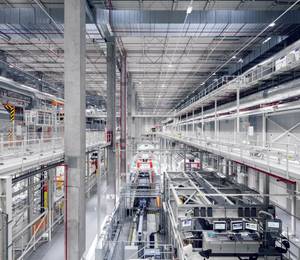 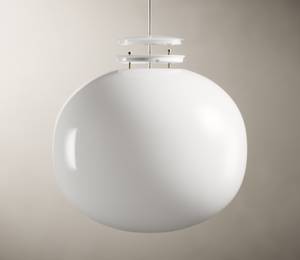