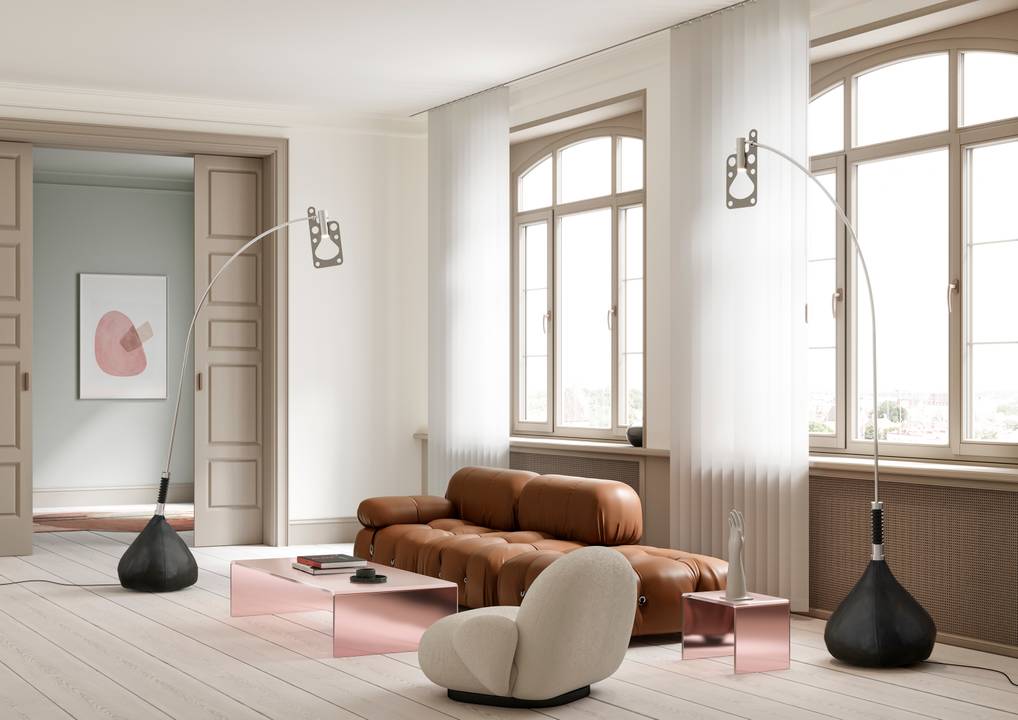 Venezia, Italy – On Wednesday 9 June 2021, on the occasion of the fiftieth anniversary of its first construction, the new Bul-Bo lamp was presented in the splendid setting of the Palazzo della Luce in Turin during the training seminar “Axolight e i Grandi Maestri” organised by the Order of Architects and the Foundation for Architecture of Turin.

Among the speakers, Aimaro Isola and Guido Drocco, co-authors of the work, Giuseppe Scaturro, CEO of Axolight. Livia Peraldo Matton, director of Elle Decor Italia, was the event moderator.

In 1968 - when one of the most disruptive mass movements of the 1900s was born in cities around the world and rural landscapes definitively gave way to the aesthetic impact of factories - the Gabetti e Isola studio started the construction project of the Olivetti Residential Centre in Ivrea, giving life to innovative residential solutions (designed for the employees of Olivetti, one of the most important companies in the world in the 1900s) whose legacy is the idea of a new way of living spaces.

Still innovative, both from an architectural and social point of view, Gabetti e Isola's work was revolutionary in all its aspects. The structure of the building (a sort of stretched skyscraper in the shape of a semicircle, a theatre with nature and the changing seasons at its centre) is confused and radically integrated with the surrounding green forest and the land that contains it, becoming over time a source of inspiration for important architectural structures built up to today.

The interior of the building, which consists of 82 housing units with a set of functional, modular and playful furnishings, was designed to give the guests of the structure an ideal psycho-physical comfort.

This is how the Bul-Bo lamp was born, an illuminating flag around which the various furnishing accessories gathered - no longer fixed to the walls, as per tradition, but free in space - designed and built by Gabetti e Isola specifically for residential buildings. The guests of the residence, in fact, with the exception of Bul-Bo, could choose their furnishings among the various proposals of the studio.

The most recent in-depth sessions between Axolight and Aimaro Isola, Guido Drocco, Lodovico Gabetti and Fabrizio Pellegrino were both emotional and decisive for the success of the new Bul-Bo project.

It is precisely thanks to these sessions that the rationale that binds the shape of the Bul-Bo lamp, the year 1968, returns to the present day, which strongly influenced the design idea of Guido Drocco, who at the time was also the creator of the Cactus coat stand - together with Franco Mello -, and Aimaro Isola's orientation towards a way - today more than ever - of conceiving objects, as elements suitable to make our homes a playful and interesting place, where play becomes synonymous with freedom, according to Friedrich Schiller's vision of play.

“To create the new Bul-Bo, a lamp already patented - explained Giuseppe Scaturro, CEO of Axolight - and to apply contemporary materials and production processes to it, we found it vital and decisive to resort to an extremely emotional maieutics exercise that led us to the reconstruction of the design thinking of the creators of the work. Having given a second life to a lamp so important for the history of modern design - which, fifty years after its first edition, remains incredibly strong, non-conforming, free and revolutionary - makes us proud, thrilled and enriched. In the development of the new Bul-Bo” – continued Giuseppe Scaturro – “we have set ourselves the goal of recreating an object externally faithful to its original form, but able to fulfil its modern lighting function.” 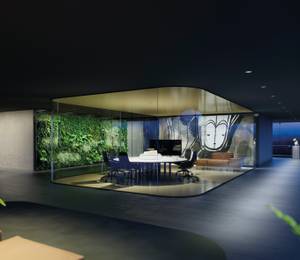 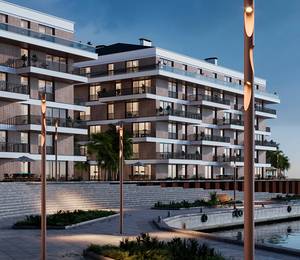 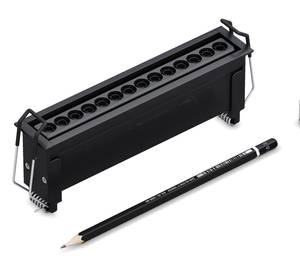 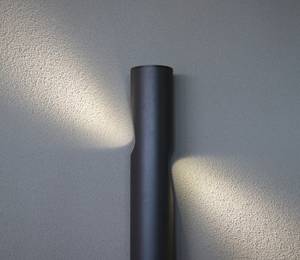 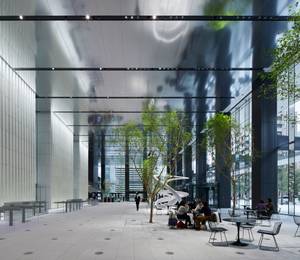 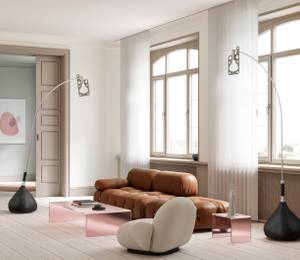