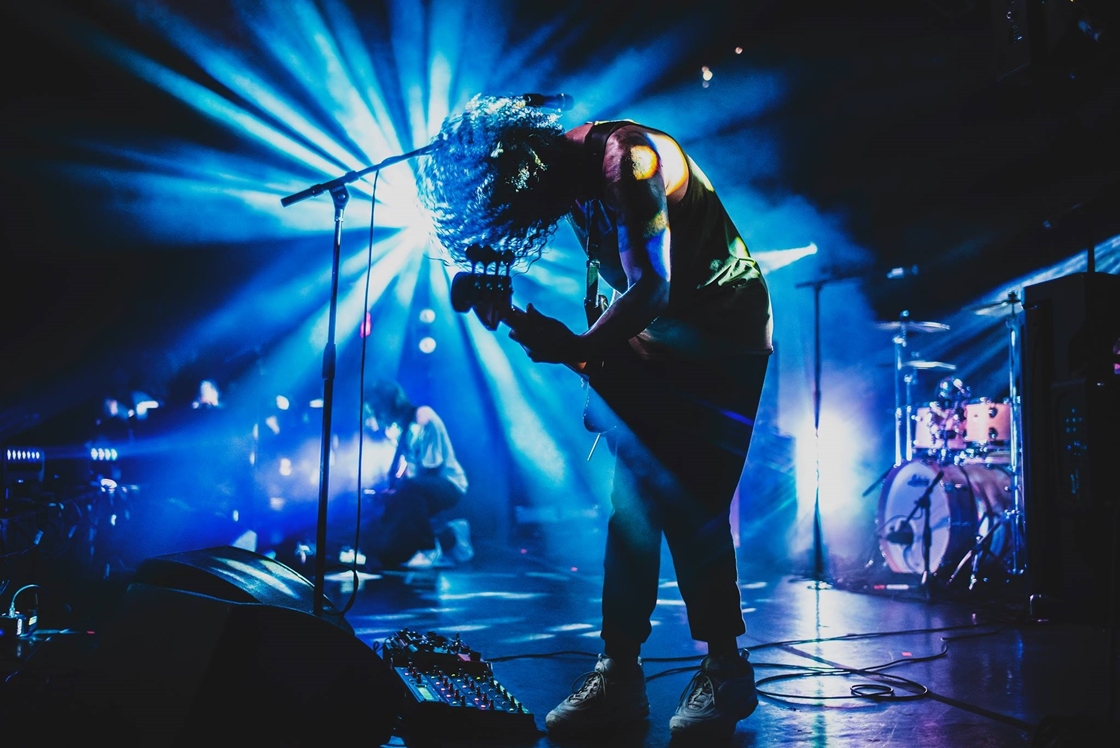 The July 7 - August 3 tour was a high energy sampling of Quicksand classics mixed with numbers from the band’s latest album, “Interiors,” released late in 2017 and their first studio album since 1995. JDI handled lighting design and programming for the outing with JDI’s Megan Alksninis on board as lighting director/operator. “Quicksand knows how to command the stage and the lighting had to follow,” Alksninis commented. “Their diverse music displays a lot of layers and the design was free flowing and fluid. Smooth color changes and sweeping gobos were a huge part of the design.”

Alksninis describes the lighting setup as six 8’ pipes strategically placed around the stage to form a box enclosing the band with each pipe holding a DARTZ 360 at the top, an ACL 360 Bar at the bottom and a Cuepix WW2 Blinder in the center. “The LED lamp really makes the DARTZ stand out,” she said of the compact, narrow-beam LED moving head. “They have remarkable output as a small beam with the capacity to merge color chases with any other LEDs in the house rig. They also have an impressive range of gobos that I used to their full potential throughout the show.”

The LED beam/spot DARTZ projects a tight 3-degree beam and has gobos, dual prisms and unlimited rotation on pan and tilt for a stage filling effect. During the band’s slower, more intimate moments, Alksninis blacked out the rig except for the DARTZ for an impactful look. She comments, “Having the six spots in a gobo with a rotating prism as a silhouette on the band really made the moment stand out.”

The ACL 360 Bar fixtures at the bottom of each pipe – batten moving head effects with continuous rotation – provided excellent backlight for all of the band members. A row of eight additional ACL 360 Bars worked from the downstage edge for a variety of effects, to uplight the band, wash the crowd with light or even to create a wall of color. “With enough haze in the room the ACL Bars in a line would almost create a physical wall between band and audience,” the designer stated, adding that it was important to create unique color and dimmer chases. “In extended mode the possibilities with the ACL 360 Bars are endless.”

The center of each pipe held a Cuepix Blinder WW2 LED-based white light blinder but as the designer explains they were not used as a traditional blinder effect. “The first 5 songs did not use them at all,” Alksninis explains, “not until the band’s new song Illuminant played at which time they came on in a dimmer chase surrounding the band with no other lights on stage. It had an isolating property with only the blinders on and because they were located at the same level as the band, they created a unique look. There was freedom in the design to think outside of the box.” As the house blinders were never used, Alksninis says, towards the end of the set the WW2s were incorporated into a traditional blinder look.